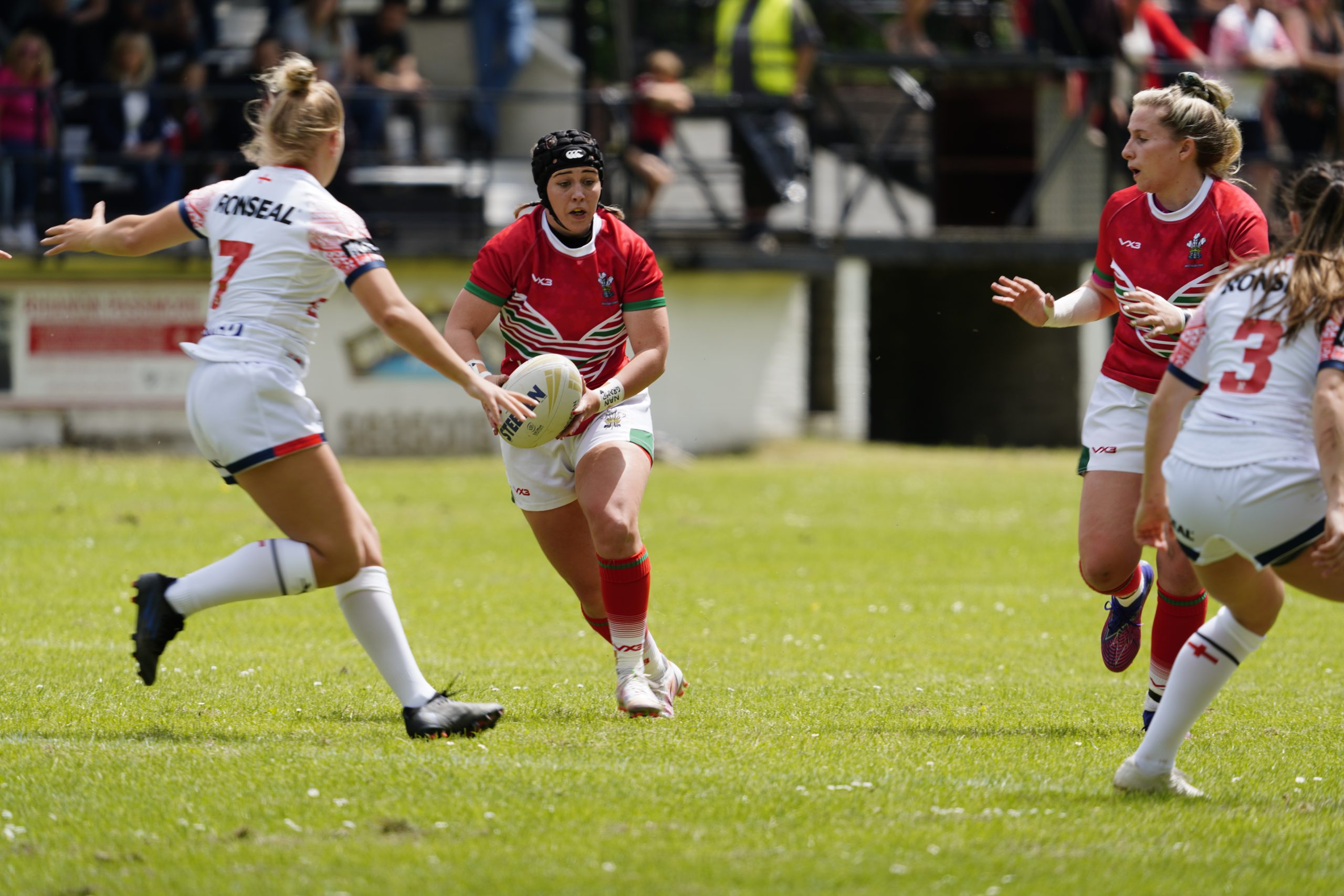 England may have beaten Wales 32-6 in the women’s international at Cross Keys yesterday, but Wales showed massive improvement from last year’s encounter between the two sides.

Last year, they failed to score against England losing 60-0. This time around, the scoreline was a lot closer which is a credit to both the good work being done at Cardiff Demons, who supplied most of the players, and the hard graft that everyone has put in at Wales training camps.

England did start like they meant business. Tara Stanley looked to score England’s first try, but was stopped in her tracks by Amberley Ruck, forcing her to drop the ball.

The same England player wasted another early opportunity. Her offload was too low and Wales collected again.

But eventually they did cross for their first try when Fran Goldthorp went over in the corner. Stanley missed the conversion attempt.

Wales looked to hit back, had a good set of six, with Ruck making the initial break, but Molly Reardon was held up over the line on the final tackle.

England’s second try came on 15 minutes. Amy Hardcastle offloaded to Goldthorp who dived over. Stanley’s kick went in off the post and the visitors were 10-0 up.

Soon after that, they crossed for their third. Hardcastle stormed through for the score which went unconverted.

After some good Wales pressure, England broke away again and could have scored a long range try, but Leanne Burnell was outstanding with her pace to stop Caroline Corrie in her tracks.

However they did get a fourth before half-time. England were awarded a penalty 20 metres from goal and didn’t waste it. A good passing move saw Shona Hoyle dive just right of the posts, Stanley easily adding the extras to give England a 20-0 lead at the break.

They increased their advantage three minutes into the second half when Tara Jones slipped through the Wales backline. Stanley converted again.

To their credit, Wales didn’t ever give up. They went close to scoring and were stopped centimetres from the line on the final tackle of a productive set. England rushed upfield and were themselves denied due to a forward pass.

The home side finally penetrated the tough English defence, and it was well deserved. Following a penalty, Leanne Burnell stormed over and Amberley Ruck converted.

The last 13 minutes of the game was played under a different referee. Irishman Eamonn Whelan looked went down with an ankle injury and local official Kristoff Young replaced him.

But this didn’t affect the pace of the enthralling game. Wales were close to a second try with six minutes ot go, with Ruck’s grubber going too far for anyone to latch onto. England started the resulting set quickly and would have scored against last year’s Wales side. Not this time around though, the home side were equal to them and prevented a sixth try.

However England did eventually have the last say through a Hollie Dodd try that Stanley converted.