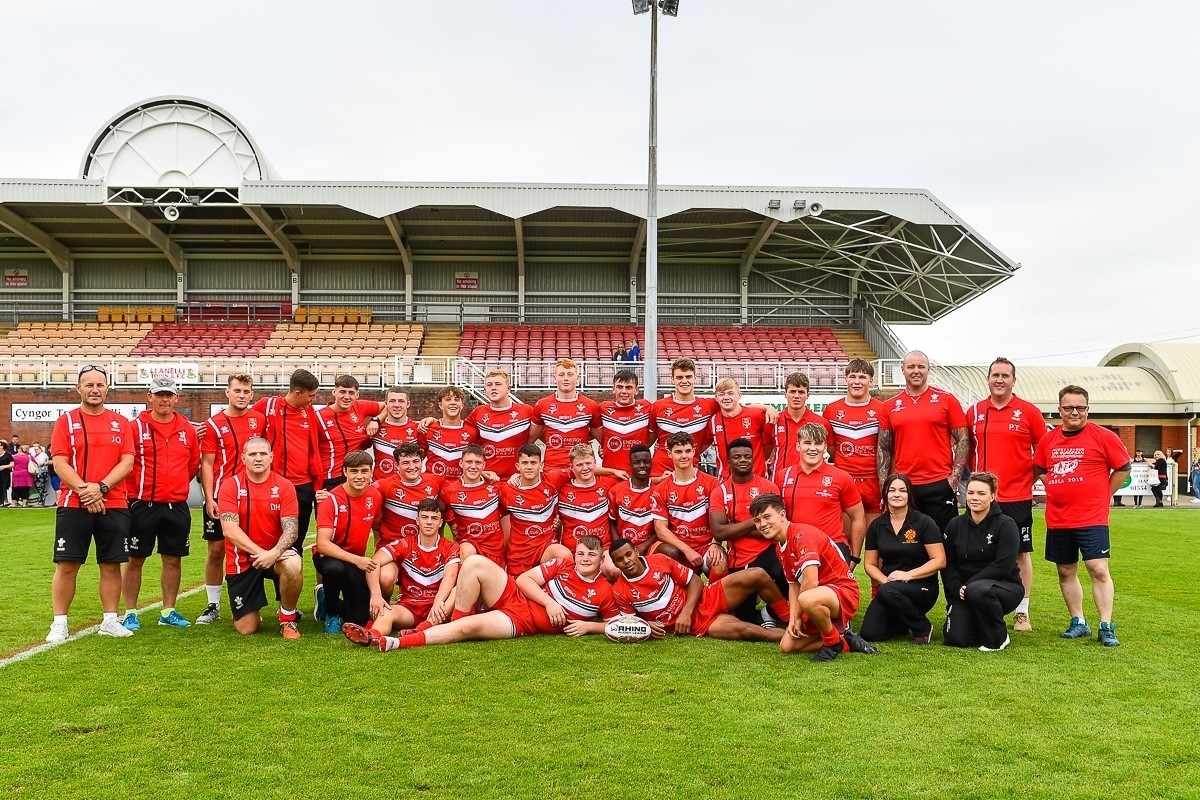 Wales first played at junior level in a full international in 2001 when an under 15 side travelled up to Warrington to play a friendly against Scotland and won 84-0. Not a bad start.

Regraded as under 16s in 2005, they regularly play in challenge matches against nations such as England and France.

An under 19 side took to the field for the first time in a Home International series from April 5th-7th 2002 at Crewe and Alsager College. The team drawn from Cardiff, Aberdare and surrounding areas had been the product of the hard work of the WRL development officer Stuart Singleton and the South Wales Schools Rugby League under the guidance of Colin Neale. This team was restructured as under 18s in 2007 and back to under 19s in 2018