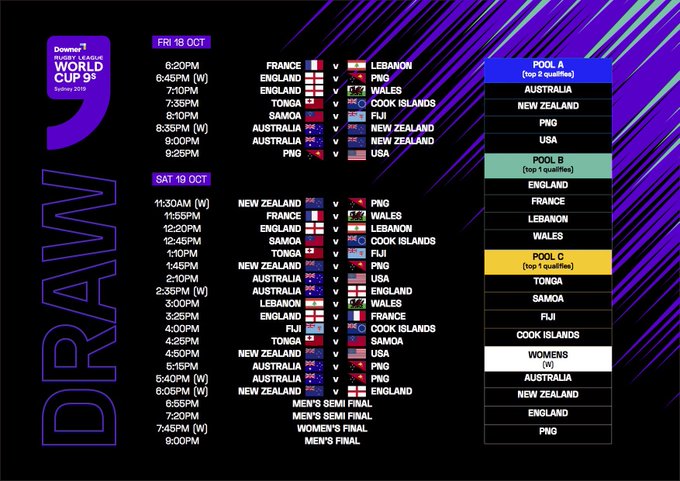 Rugby League Nines was seriously established in 1996 as a rival to RL Sevens, that replicated the rugby union game and had been primarily used by the Australian Rugby League in pre-season tournaments but was also used in the UK. This all came in the middle of the Super League War and Nines was given prominence by Super League so they could have their own truncated version of rugby. Nines has now taken over as the only shortened version of Rugby League.

The laws of the game are the same as standard rugby league laws with the following exceptions.