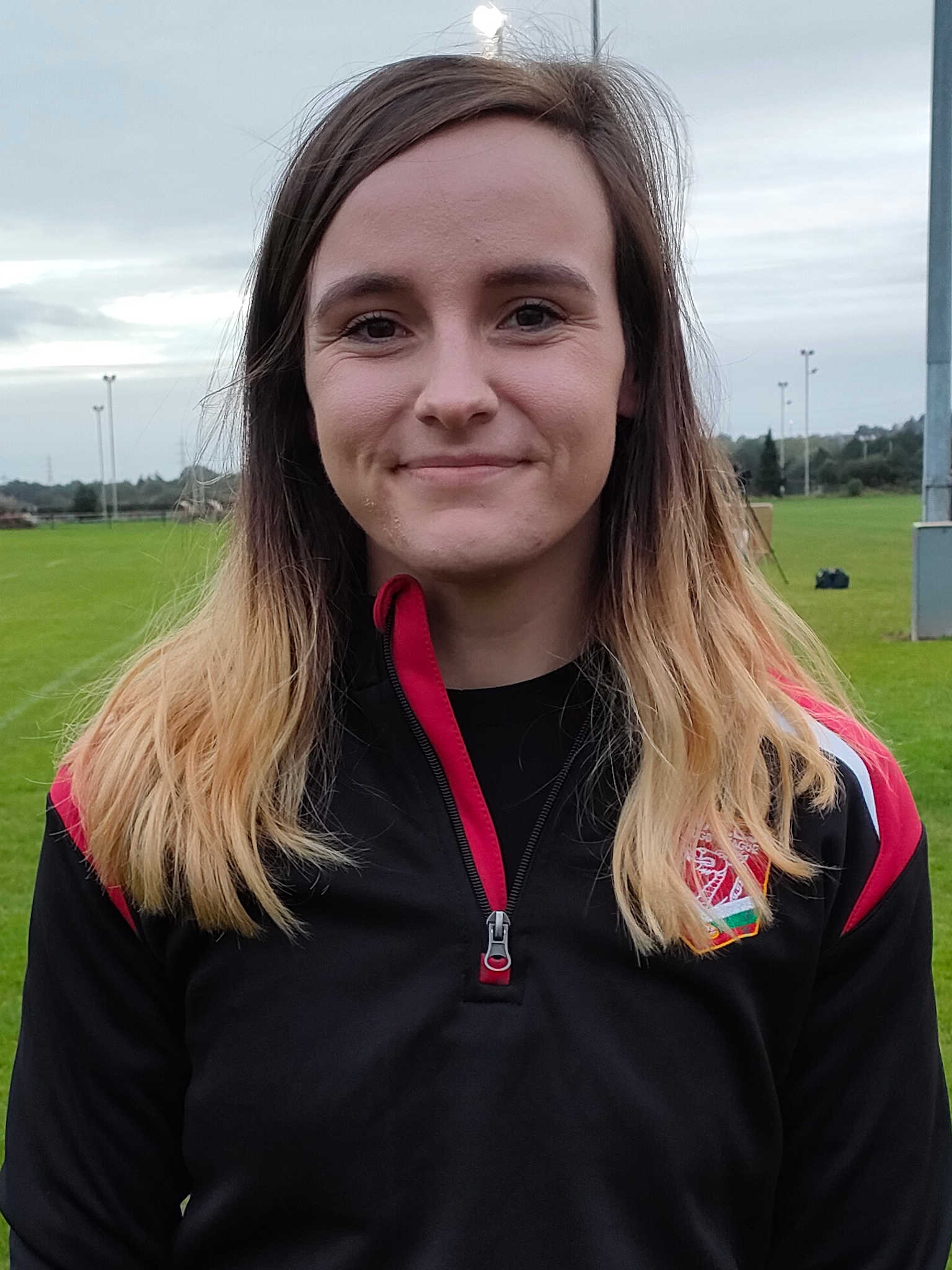 Rebecca Davies was in the first ever Wales Women's test squad in 2021 but missed the game due to Covid. She started playing rugby union in 2016 with Abergele RUFC, helping them to reach the 2017 Super Cup Final. That same year she represented Rygbi Gogledd Cymru in their first ever women's side. She moved to Waterloo in England for the 2018-19 season where she captained their reserve side and at the same time was appointed assistant coach of Shotton Steel. Transferring to Chester RUFC for 2019, she helped them to promotion to North-West Counties Division 1 in her first season and was also a part of the Wales Women's rugby union autumn international squad. She started playing rugby league in 2021 after joining Warrington Wolves in Super League. As well as playing for them, she has also turned to coaching in our code, achieving her RLEF Level 1 coach badge and has been assistant coach of the Flintshire Falcons men's side.