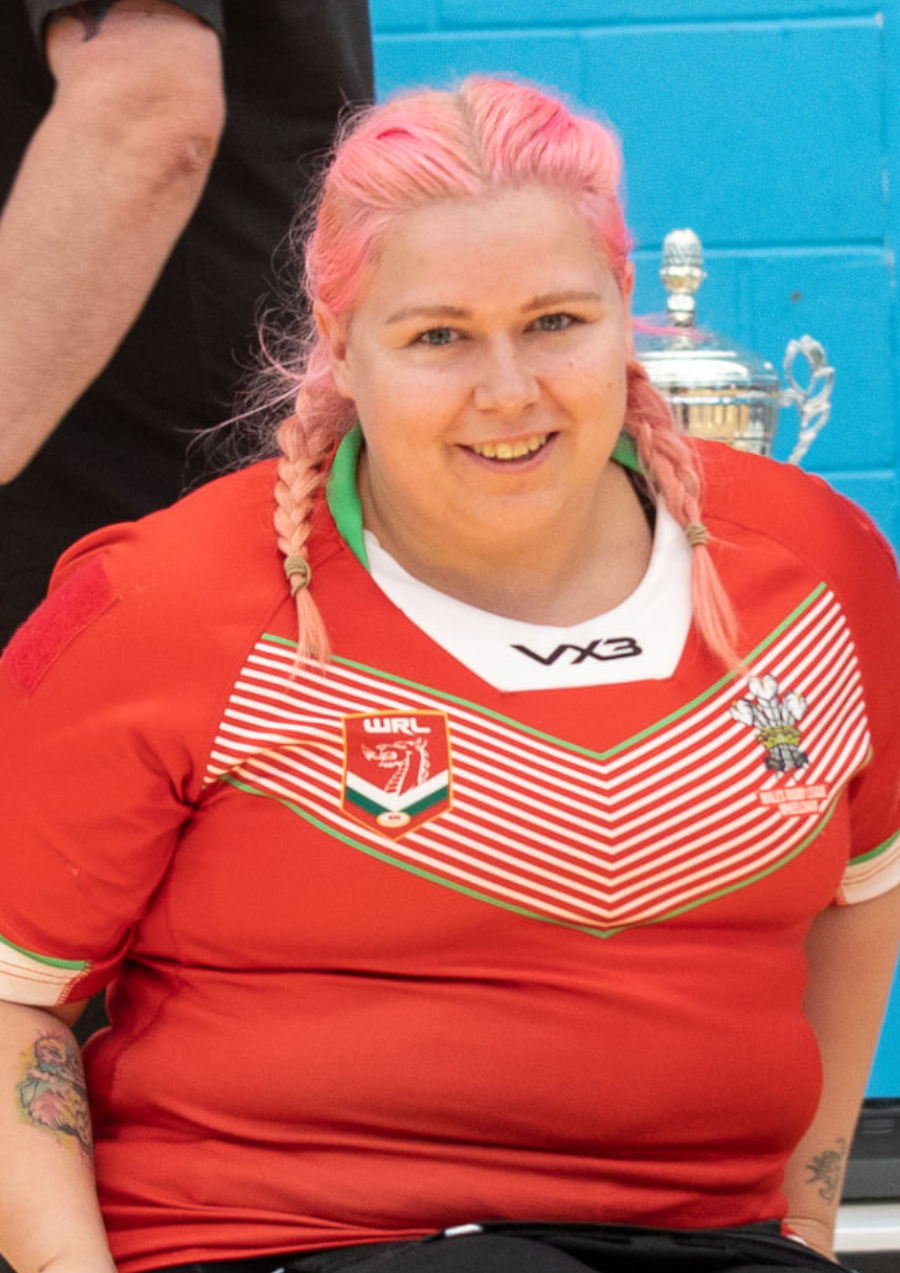 Jodie Boyd-Ward qualifies because of her Welsh grandfather. She switched to Wales in 2021 having previously played for Ireland and England and was part of that year's Celtic Cup winning team. She made her international debut in the first ever UK and Ireland Four Nations tournament in 2012 for Ireland, before featuring for them at the 2013 Rugby League World Cup, playing in all seven of their games in those two years. Following that 2013 tournament, she went on to win 20 caps for England where she won European Championship honours. She has also had domestic success with Leeds Rhinos as a winning member of their 2018 Super League and 2019 Challenge Cup squad before helping them to a historic league and cup double in 2021. Jodie has reduced mobility and as a result of that, it means that she only has to touch the ball on her wheel to score a try once over the tryline.