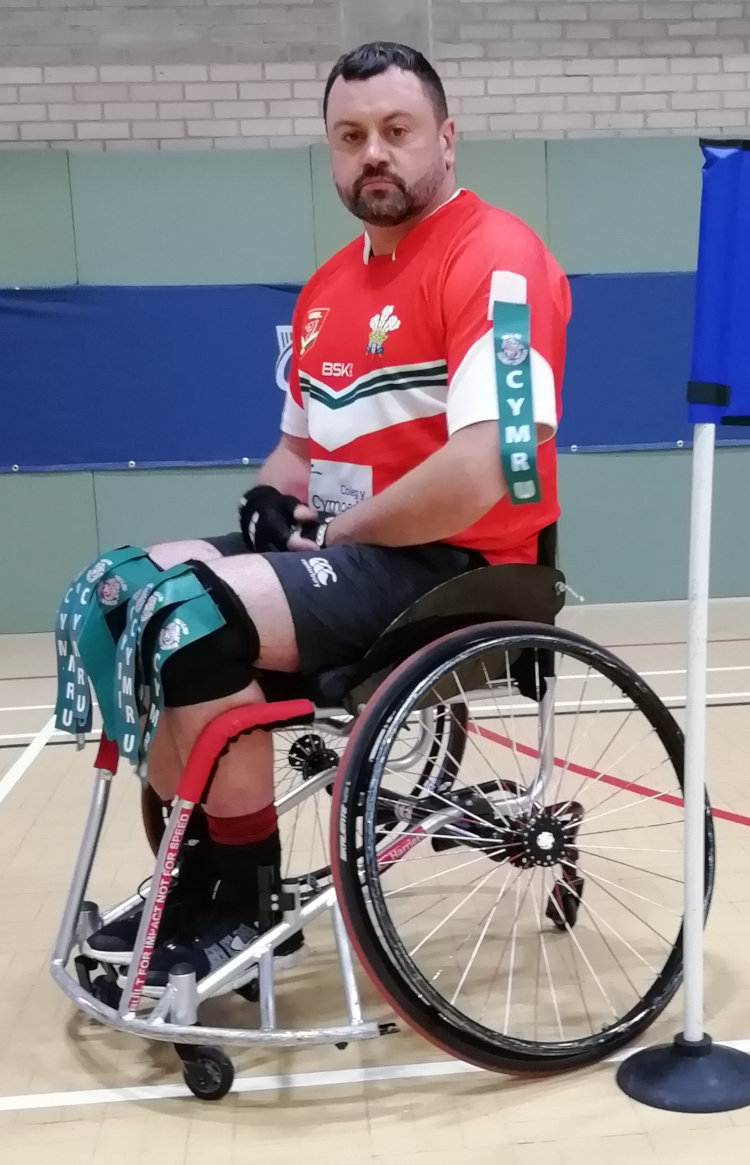 Phillip was introduced to Wheelchair Rugby League through a close friend who was a member of Hereford Harriers WhRL, following an injury sustained in a motorcycle accident. Since joining the club in 2015, Phil has gone on to be one of their main players during their rise through the Wheelchair RL divisions including during their treble winning season in 2018. He was first introduced to the Wales following the 2018 season and was given his first international call-up ahead of the 2019 Celtic Cup and managed to secure a hat-trick in just his second appearance against Ireland in the game that secured the 2019 Celtic Cup victory. Philip qualifies for Wales through heritage as his Grandfather was born in Merthyr Tydfil. Since 2013, Phil has suffered and received treatment for anxiety which qualifies him as a Disabled member of the squad. His rugby career when he was 15 years old where he started off playing rugby union for multiple clubs around the Hereford area. He later retired due to injuries and personal reasons at just the age of 30.