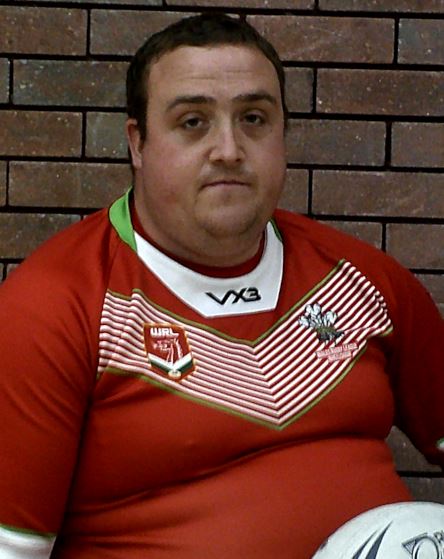 Stephen started playing Wheelchair Rugby League in 2017, joining North Wales Crusaders. That year, he was called on by Ireland in the Celtic Cup, but switched to Wales for the 2018 tournament onwards and was part of our winning sides that year, and again in 2021. Whilst not playing for Wales, he's a skilled photographer and has taken many photographs of his Wales team-mates in action. He was given the role of co-captain of Wales in a friendly match against Scotland in 2021. Whilst at North Wales Crusaders, he has played in three Peacock Cup winning sides as well as in their side that reached the Challenge Plate Final in 2018.