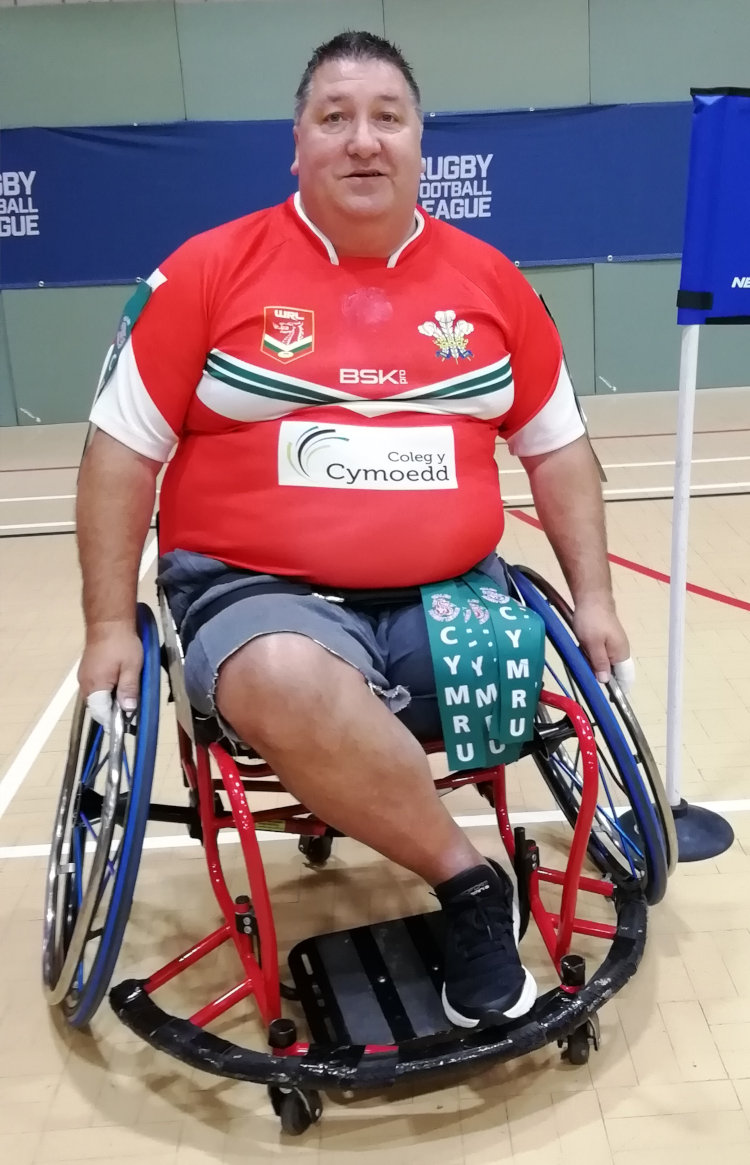 Gary qualifies through residency after moving to and living in Wales since 1970. He was first introduced to Wheelchair RL after watching a news report about North Wales Crusaders in 2014 and since then has gone on to feature in all of their seasons, which includes being a member of their Championship, Premier and Super League sides. Following a number of minor injuries and medical procedures, Gary has been one of the main driving forces in the North Wales Crusaders Wheelchair RL schools programme which has seen him help deliver the sport to local North Wales schools. This has led him to take up a more off-court role which will see him potentially take up a player-coach position within the club from the 2021 domestic season.

Gary is an above knee amputee following a string of unsuccessful procedures including a knee reconstruction. Prior to this, his sporting background was in football, playing for a number of local teams before completing his UEFA coaching and playing licenses and officiating on some high profile European games.