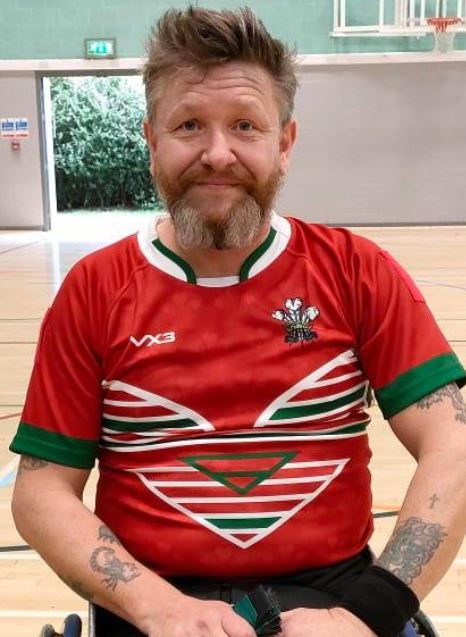 Martin Lane was a founder member of the Wales Wheelchair Rugby League squad in 2012, playing in that year's Four Nations and in the 2013 Wheelchair Rugby League World Cup. In 2014, he was offered a chance to play for and captain England, so he switched affiliations, but in 2021, he made a triumphant return to Wales, becoming only the third Welsh player to score six tries in a match.

In 2005, Martin fell from a roof he was working on. His accident left him with compressed spinal discs which led to crippling back pain. Although at first he continued to work as a roofer, and even developed his own business, he had corrective surgery in 2011 which left him restricted to a wheelchair. Four months out of hospital, he took up basketball before eventually trying Wheelchair Rugby League as a founder member of Swindon St George. He went onto play for Mersey Storm and then Medway Dragons.