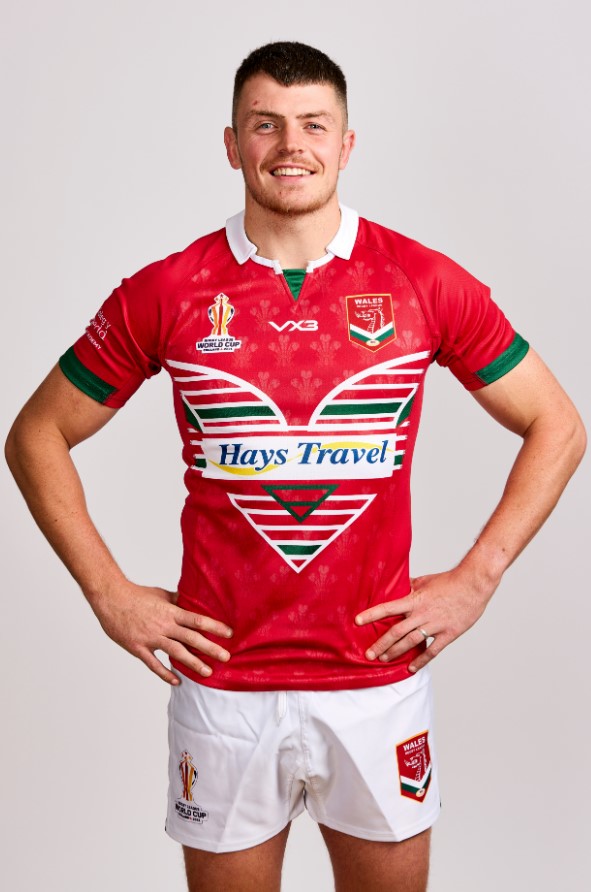 A product of the Champion Schools system with Ysgol Gyfun Cwm Rhymni, Rhodri was still in the sixth form there when he became Wales' youngest ever capped senior international player. He was previously a Wales U16 international and played six times for Wales U19, twice before his first senior men's international and four times afterwards, captaining them in 2010. He played in the 2013 and 2017 World Cup for the Wales men's side and was part of the 2015 European Championship side. He also represented Wales in the World Cup 9s in Australia in 2019. Domestically, Rhodri made his South Wales Scorpions first team debut in 2011, again whilst still in the sixth form, and on leaving school, he was signed by Wigan Warriors. He stayed at the club for four seasons but rarely got a chance to shine in the first team, making just eight appearances. During those four seasons, he played matches on loan at South Wales Scorpions, Leigh Centurions, London Broncos, Widnes Vikings, Whitehaven, Workington Town and Swinton Lions. When his contract was up, the Lions signed him and he became a regular in the side, especially shining in 2018 when Swinton won promotion from League 1. He scored two crucial tries against Workington Town in the play-off final that year, and his 2018 performances earned him multiple awards at the Lions’ end of season presentation night – including the Fans’ Player of the Year, the Coaches’ Player of the Year and the Players’ Player of the Year. He has since racked up over 100 club appearances and was appointed club captain in 2020.