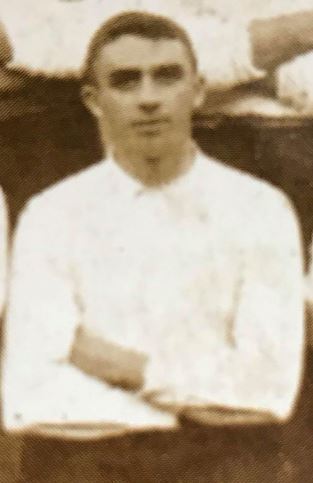 Tom Llewellyn started his rugby with Whitchurch in Cardiff and also had a trial with Cardiff RFC's seconds during that time. He initially went north to Treherbert RFC and then further up to Leeds RLFC when he turned professional in 1902. He won a Yorkshire county cap during that time. Moving to Oldham in 1907, he made his club debut in Merthyr, in the first ever professional "Northern Union" (rugby league) match to be held in Wales. Llewellyn was playing for the English side on that September 7 date. However a few months' later he became Wales' first ever captain in the 13-a-side code, leading his country to a 9–8 victory against New Zealand on New Years Day 1908 at Aberdare. This warranted his selection for the Northern Union rep side (now known as Great Britain) and he became the first player to ever score a try in a GB international, which was against those same New Zealand tourists on January 25th at Leeds. He helped Oldham to a Lancashire Cup win in late 1907 and to the title in 1909-10. Later he worked in the wire factories in Warrington. He died in that city in 1956 aged 75.