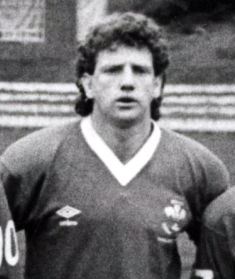 Brian Juliff started out in rugby union playing for Mountain Ash, Newport and Pontypridd, scoring 101 tries for the latter before moving north. He is in the Pontypridd RFC Hall of Fame due to his success in that code. He gained representative selection for Wales B, East Wales, Welsh Clubs XV, Welsh Presidents, Welsh Crawshays and Glamorgan County.  Further honours followed after his move to Rugby League in 1978 where, over an 11 season career, he played at Wembley for Wakefield Trinity, Wigan and Halifax in the Challenge Cup Final, won the John Player Trophy with Wigan, and the League Championship, Challenge Cup and Charity Shield with Halifax. Following his rugby career, he built a successful business career in retail, hospitality and property development before retiring in 2012. It was at that point, he took over as Chairman of Wales Rugby League and in August 2018, became WRL's longest serving Chair. He was elected to the Rugby League European Federation board in 2020, working alongside his WRL commitments.