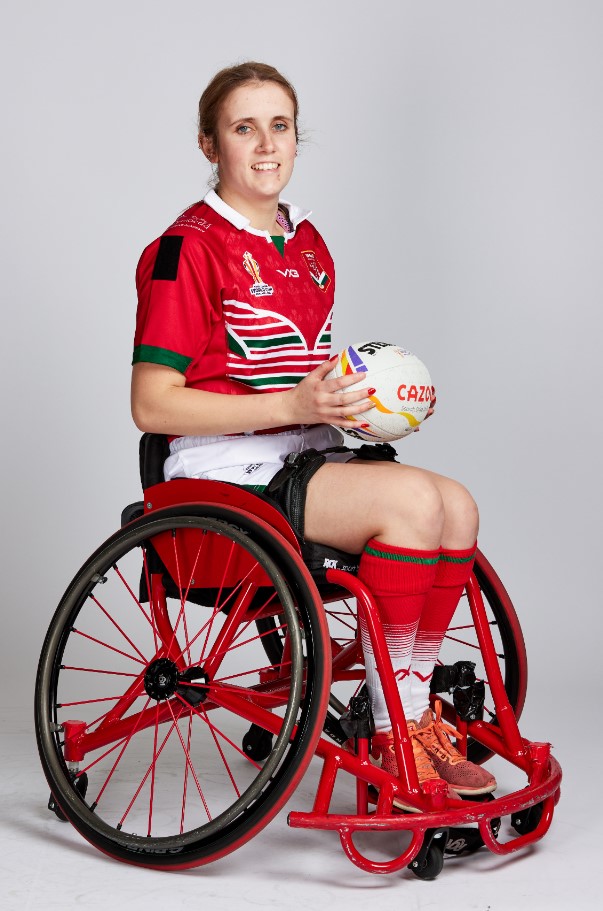 Lucie Roberts became the first full Wales international to be born in the 21st century, when she turned out for Wales Wheelchair against Scotland and Ireland in April 2018, aged just 17 years 6 months and 27 days. Up until the end of 2020, she was the youngest female player for the Wheelchair side, the second youngest WRL female open-age international player and the  fourth youngest Wales Wheelchair international up until the end of 2020. Lucie was introduced to Wheelchair Rugby League through former Wales international, Claire Cranston in 2017, making her debut in that year's Spring Slam for North Wales Crusaders, and has since gone on to become one of their regular starters and star players.

Born and raised in Wrexham. Lucie has suffered from severe Dyslexia from a very young age but it didn't stop her sporting activities and in recent years has played rugby union for Llangollen, where she has progressed to become one of their regular starting squad members. Outside of Rugby, Lucie has trained to become a fire fighter, and most recently began training to become a member of the armed forces. She is also well known within the performing arts scene in the Wrexham area as she was a performer and has transitioned to becoming a sign language choir member and has performed at some large events.