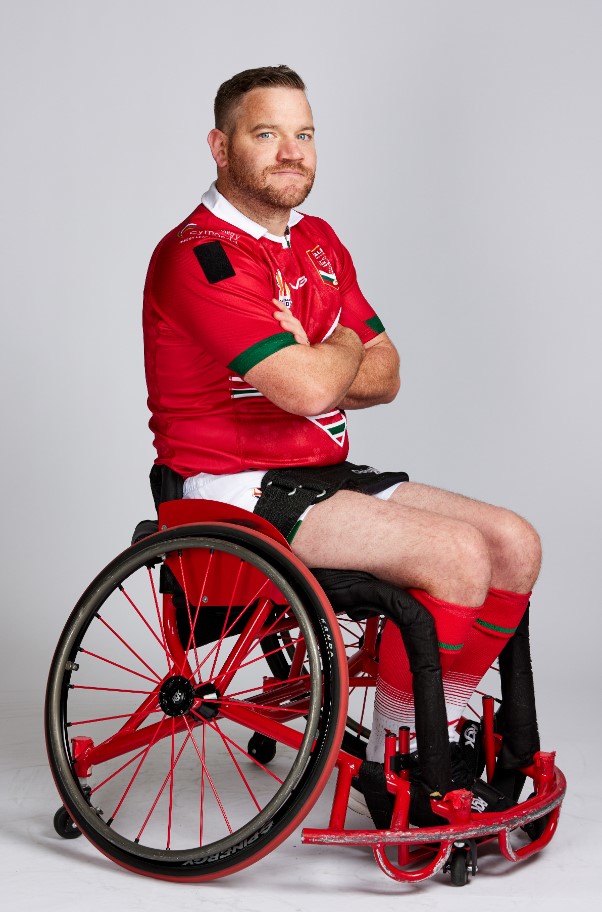 A Hereford native, Gary qualifies for Wales through his heritage as his Grandfather was born in Rhymney Valley. Although he is a sufferer of Osteoarthritis following a number of knee surgeries, the result of a string of injuries throughout his running game career, Gary is classified as one of the team's able-bodied players. Following his third knee surgery, Gary got into Wheelchair RL as a means to get back into rugby in a safe manor whilst rehabbing. Joining Hereford Harriers in 2014, Gary has gone on to captain the side to great success including their 2018 domestic treble, and after injuries tampered with the early stages of the 2019 season, Gary transitioned into an off-court position where he helped with the clubs admin and coaching.

Since a young age, Gary has played Rugby Union starting at U7s for Hereford RFC where he also went on to play through their ranks and make over 200 appearances for their first team. Whilst playing for their youth sides, Gary has also featured for a number of representative sides, including; North Midlands at U16 and U20, Worcestershire U19 and for his home county, Herefordshire at U15, U16s, U19s and senior level. Outside of rugby, Gary has played cricket for his local team and has also coached teams whilst on tour in South Africa, he can also be seen coaching and teaching his local high school rugby team.