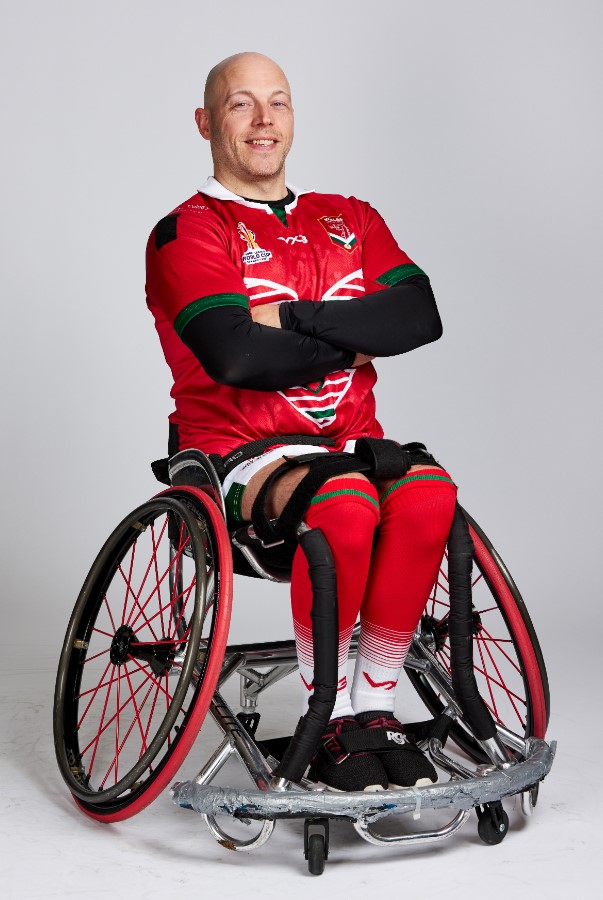 Born and raised in Bridgend, Scott is a Paraplegic following a spinal cord injury which has rendered him a full-time wheelchair user. He has a vast experience in wheelchair sports where he has represented Great Britain in "Wheelchair Rugby" (originally known as "murderball"), powerlifting, where he is in the GB Paralympic train-on squad, and Sledge Hockey, a wheelchair version of Ice Hockey. He was introduced to Wheelchair RL by now Wales teammate Alan Caron who invited Scott to the launch of North Wales Crusaders WhRL in 2013. There, he became their fourth registered player in their history, helping them to reach fourth place in the inaugural season in the Wheelchair RL Premier League and finished as the clubs top point scorer and featured in the Welsh national side that finished third in that year's World Cup in Medway. Following a six-year hiatus from the sport due to personal reasons, Scott returned to Wheelchair RL in 2019 where he joined Hereford Harriers in their debut Super League season. He then rejoined North Wales ahead of their 2020 season. Outside of wheelchair sports, Scott is a very highly respected personal trainer which led him to being appointed the Strength & Conditioning Coach for both North Wales Crusaders and Wales Wheelchair sides for 2021. He was a try scorer in the 2022 Middle Fives Grand Final win for North Wales Crusaders.