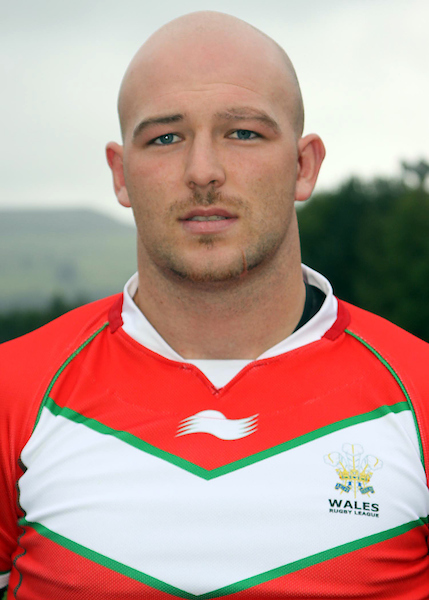 Educated at Llandovery College on a rugby scholarship, Geraint Rhys Davies began his rugby career in the Llanelli Scarlets academy. However he soon switched to rugby league, signing his first professional contract at 18 for Celtic Crusaders, and later played for them in the Super League. He initially played prop but could also play in the back row. Geraint won the Crusaders Young Player of the Year award in 2006 after scoring six tries in 29 appearances and was an ever-present in the Welsh national squad including their successful Rugby League European Cup winning team in 2009 and 2010. He made 47 appearances for Crusaders, scoring seven tries. Following 11 appearances for South Wales Scorpions in 2010, he then signed for Limoux Grizzlies in the Elite One Championship where he reached a Grand Final eventually losing to Lézignan Sangliers. He later returned to local rugby union. A Welsh speaker, Geraint was often the face and voice of the Crusaders on S4C and BBC Radio Cymru. He has also co-presented S4C's Y Clwb Rygbi XIII alongside Sarra Elgan, children's programme 'Stamina' alongside Welsh rugby union international Nick Robinson, and 'Ar dy draed' a part of S4C's programme Stwnsh. He eventually became a businessman in his native West Wales.