Courtney Davies - Half back 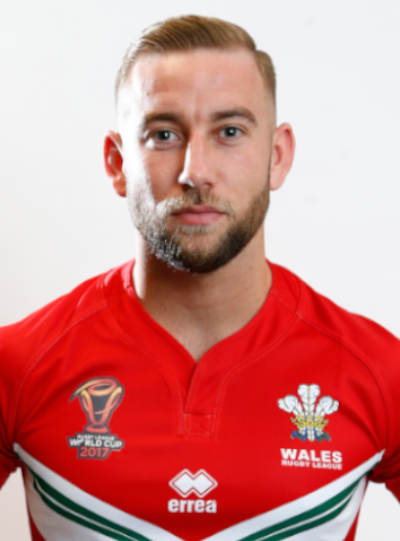 Courtney Davies was recognised as a bright prospect in both union and league and initially came through the Aberavon Green Stars youth system and played the 2009-10 season with the Ospreys U16. Switching to RL in 2010, he started to play for Celtic Crusaders at youth level, making his Wales U16 debut just weeks later against France. He played for Wales U18s later that year, the first of 10 caps for him at that level. He continued in the South Wales Scorpions youth sides after the old Super League club was wound up and made his Scorpions first team debut on his 18th birthday, scoring a try against Doncaster. After two years at Scorpions, he played for London Skolars for a year before playing for a year and a half at Gloucestershire All Golds in 2015-16. It was after that first season in Cheltenham that we won his first Wales cap, playing in every game in the 2015 European Championship winning campaign. After spending a year and a half back in South Wales, he played in the 2017 Rugby League World Cup in Australia. Despite not playing senior professional rugby league in 2018, he was included in that year's European Championships and played in the first match in France - his final first class rugby league match at aged just 24 as he continued to concentrate on a career outside of sport.

Also played in the Danny Jones Memorial Match - Keighley Cougars v Wales on 25/10/2015 scoring one try and three goals. Click here for details on this game.