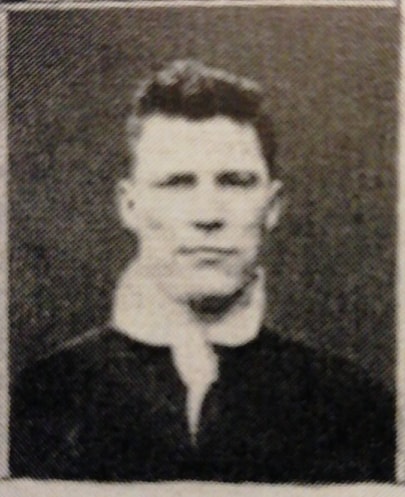 Arthur ‘Candy’ Evans was not only a dual code international, playing three times for Wales in rugby union and four times in rugby league, but he was also a professional boxer. The youngest of six children, he followed his father and brothers underground as a colliery worker. Starting out at Abersychan Rovers, he joined Pontypool RFC at the age of 18 and also won a county cap for Monmouthshire. At the age of 20, he won his three Wales RU caps, all in the 1924 Five Nations, and all in different positions. His second match, at Cardiff Arms Park on Saturday 8th March was only the first of two big sporting events for Evans that day. Shortly after the match, he took a short walk across the city centre to the Drill Hall and won the Welsh Amateur Boxing title. That summer, he became a professional boxer - his pro career lasted nine years and contained 13 fights, only two of which he won. His biggest success was in stopping the former French heavyweight champion Marcel Nilles. Being a professional boxer wasn't enough to stop a player turning out in amateur rugby union, no discrimination there, so he continued playing for Pontypool in 1924-25. He competed in trials for the Wales side to face the touring All Blacks and was a favourite to make the team. However a week before the Wales v New Zealand match, he turned professional in regards to rugby, and signed for Halifax for £325, the first of two spells at Thrum Hall. He spent the 1929-30 season at Leeds, the following season at Castleford, then three years at Warrington who helped win the Lancashire Cup in 1932. He also won County honours with Glamorgan and Monmouthshire. He finished his career in Halifax and after retiring, he became a publican in the town, running The Friendly Inn. However his life took a downhill spiral after World War II, when he was arrested for allegedly trying to gas his wife. The case was dismissed, but after he and his wife split, he moved back to Pontypool. By that time, he had become a professional gambler and had also started drinking heavily. His weight was now up to 20 stone and he started losing money. Sadly, he committed suicide on 7 January, 1952 in the front room of his sister’s house in Pontypool aged just 48.