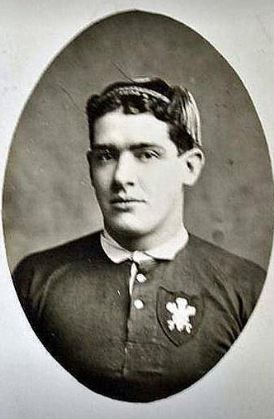 Not only did Bert Jenkins play in Wales' first ever side, he was our second ever captain, and was also the first ever skipper of a Great Britain Ashes side, which was in the 1908-09 season. Later that year, he helped Wigan to a Challenge Cup Final win. An amazing try scorer in any era of the game, he ran over for 182 tries in 389 appearances for Wigan. With further tries in his 11 Wales and 14 Great Britain appearances, as well as for Lancashire, ensured he scored over 200 tries in his career - one of a select few Welshmen to do so. Starting off with Troedyrhiw RFC (a club that no longer exists) as a 16 year old, he moved to Mountain Ash RFC in the summer of 1904 before turning professional with Wigan just a few months later. Retiring in 1920, he moved back to Wales and died in Merthyr Tydfil on February 4th 1943 aged 57.