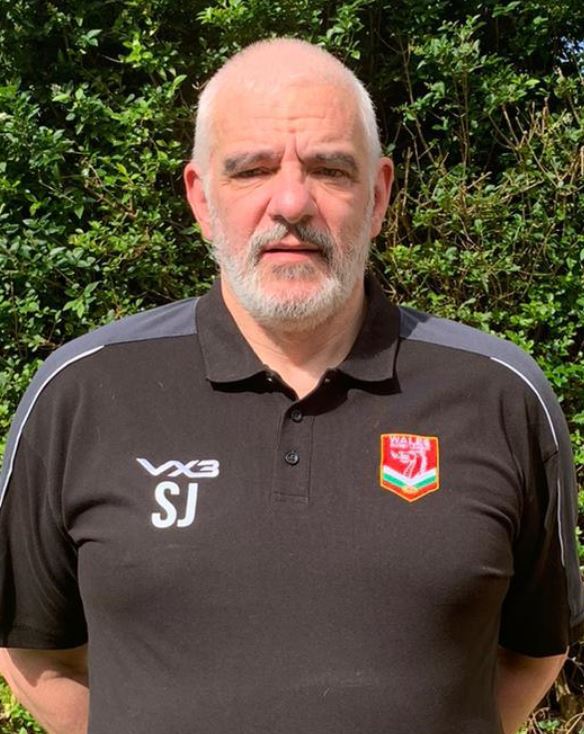 Born and raised in the Wrexham area, Stephen suffers from a number of disabilities including Chronic obstructive pulmonary disease (COPD) and partial deafness. Prior to getting involved in Wheelchair Rugby League, he started out playing rugby union whilst serving in the RAF as a chef.

His Rugby League involvement started in 2010 at aged 44 when he became chairman and one of the coaches at the newly reformed Wrexham Bradley Raiders. Stephen was first introduced to Wheelchair Rugby League when he attended the 2013 launch of North Wales Crusaders where he later signed on as one of their players, alongside his son, Harry Jones. Stephen went on to make a large number of appearances for the North Wales outfit before making history in 2019 where he became the only player to feature in games number 1, 10, 25, 50, 75 and 100 for the team.

In 2020, he won the first UK Wheelchair Rugby League Coach of the Year Award after leading Crusaders to a creditable third in the Wheelchair Super League, only behind Grand Finalists Leeds Rhinos and Halifax, plus leading Wales to their fourth Celtic Cup. and ran England close in an autumn Tri-Nations.