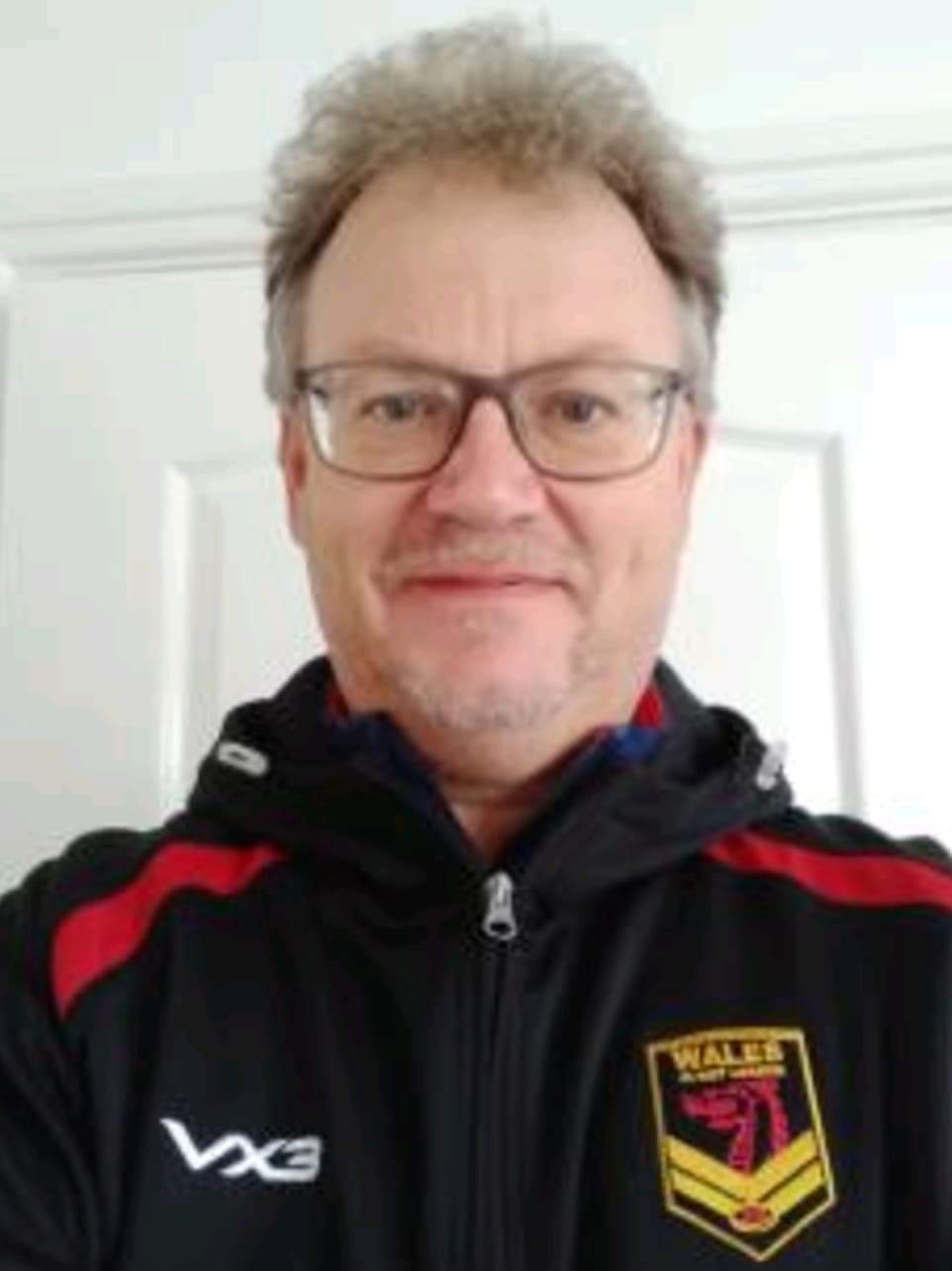 Steve Jones is the Sports Chaplain for Wales Wheelchair Rugby at the Rugby League World Cup. He is one of a team of Sports Chaplains who are being made available to all the international teams, players, managers, coaches and families through the RFL and the UK national charity Sports Chaplaincy UK. Steve is a passionate Welshman and rugby league fan who lives in Neath, where in the past he served as volunteer Sports Chaplain to South Wales Scorpions when they played at The Gnoll ground. In the past, he has also served as a sports chaplain at RLWC 2013, RWC 2011, Wheelchair RWC 2015, London Paralympics 2012 and at the Wheelchair Basketball World Championships 2018. As one of the Wheelchair Rugby League World Cup chaplains, he will be on site at all locations. His role is to be available to provide any pastoral/ welfare/emergency /
spiritual and practical help and support that players and their families may need during the period of the World Cup.