Despite going down to eight men early in the second half, Papua New Guinea overcame a resilient Wales side muscling their way to a 12-6 win in front of an electric atmosphere in Glasgow.

Wales will now face Canada in the Bronze Medal Match at 5pm.

The sides went into half-time scoreless but it wasn’t for lack of effort.

Papua New Guinea had an early try chalked off after Bill Paul was a few metres offside from Warren Glare’s chip.

Wales’ James Taylor made a fantastic 40 metre run but lost the ball in the tackle as he was 20 metres from the line.

It was end to end action as one would expect from Nines Rugby League but chances were continually being blown by each side.

Glare missed an opportunity to give PNG the lead just before half-time as he just failed to leap onto his own grubber kick.

Wales looked to have been given the advantage after Ereman Elias Ken was sent off for a punch on Harry Cartwright. However the Kumuls were given a penalty as it was a Wales infringement that was being punished and Andreson Benford ran over to give them a 4-0 lead.

They soon made it 8-0 through a Gahuna Silas try but a Ben Jones try and conversion straight after that gave Wales hope.

But just after that, Stanton Albert made the game safe after scoring a controversial third Kumul try, that looked by some to have been knocked on, which again went unconverted.

Wales put in a dominating second half performance to beat the plucky Canadians to the Bronze Medal in the first ever Rugby League Commonwealth Championship.

Canada had already won plaudits by beating England 24-4 on day one, consigning the English to sixth place in the competition, and they almost overcame Wales as well.

Canada lost the ball from the first set after kick-off and Wales didn’t waste the opportunity. Curtis Davies laid off to James Taylor who scored in the corner. Paul Edwards missed the kick.

After repeat sets and a scrum, Canada struck back as the ball was played the ball over to the wing for Matt Gallagher to score.

Then a 50 metre clean break from Cole Keffer put Canada in the ascendancy giving them an 8-4 half-time lead.

However the second half, although still hard fought, belonged to the Welsh.

Marcus Webb struck first with a 40-metre run down the wing. Ben Jones converted to make the score 10-8.

Then came one of the tries of the tournament. James Taylor picked the ball up on his own 10 metre line and the former Ospreys academy player went on a 90 metre run going past the whole Canada side and avoiding a number of tackles from the chasing Canadians to score. Jones converted again.

Finally, Alex King chased a chip kick and outran the exhausted Canada side to seal the win. 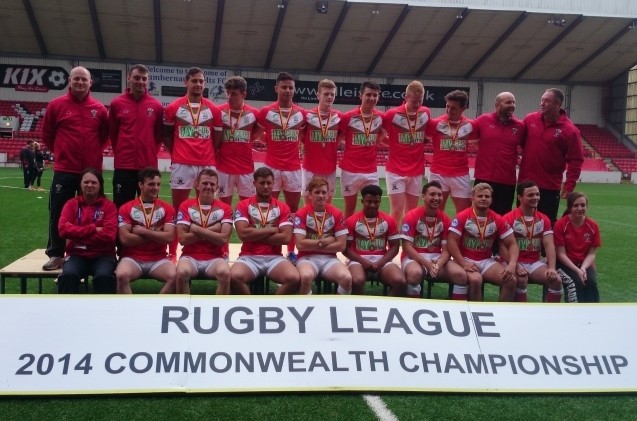 Wales had the top two points scorers in the competition.