Wales, who were demoted to the consolation Trophy event after a narrow defeat against Papua New Guinea on the opening day, claimed a 16-6 semi-final win over Tonga with Jason Critchley scoring two outstanding tries.

The 12-8 Trophy Final win over Western Samoa after extra time was one of the games of the tournament. Wales went behind to a Willie Poaching try but straight after half-time, they forced a drop-out and Gareth Stephens put Mark Perrett over. PAul Atcheson added a second before a try from Samoa’s Brian Laumatia sent the game into sudden death. It was Ian Watson who eventually grabbed the winner after good approach play from Bateman and Atcheson.

Clive Griffiths said: “We were very unlucky to lose to Papua in the earlier round, and but for that last-minute try we could have been competing with the big boys in the main competition. I believe Wales should now be given the opportunity of playing full Test matches against the Pacific Nations, and perhaps even a tour of Australia.”

In the main competition, a disappointing England came fourth, themselves slipping to a 15-14 defeat against Papua in the final seconds of their semi-final. In the other semi-final, Australia were surprisingly beaten by the eventual winners, New Zealand. Facing Australia in the third-place play-off, England were again heading for victory. But Australia forced the game into extra-time, and a tired England allowed Robbie Beckett to score the winning try for a 14-10 victory.

This competition, played on 22 and 24 February with the 23rd being rained off, saw the debut of the video referee to help solve decisions that officials were unable to see on the field. This was then used in 13-a-side matches from the start of Super League I in March. Rugby union eventually adopted it some years later, but they renamed it TMO (Television Match Official) much to the annoyance of the innovator, Sky Sports’ Neville Smith. 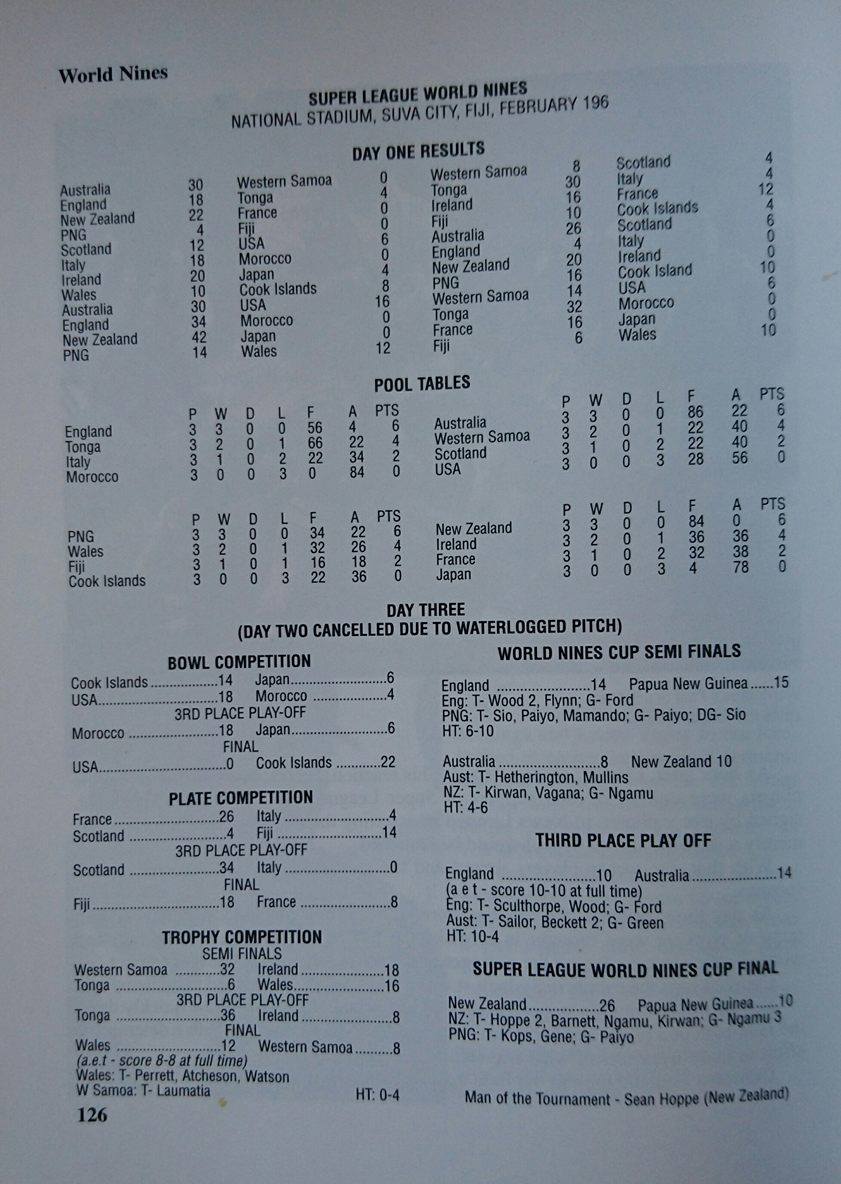