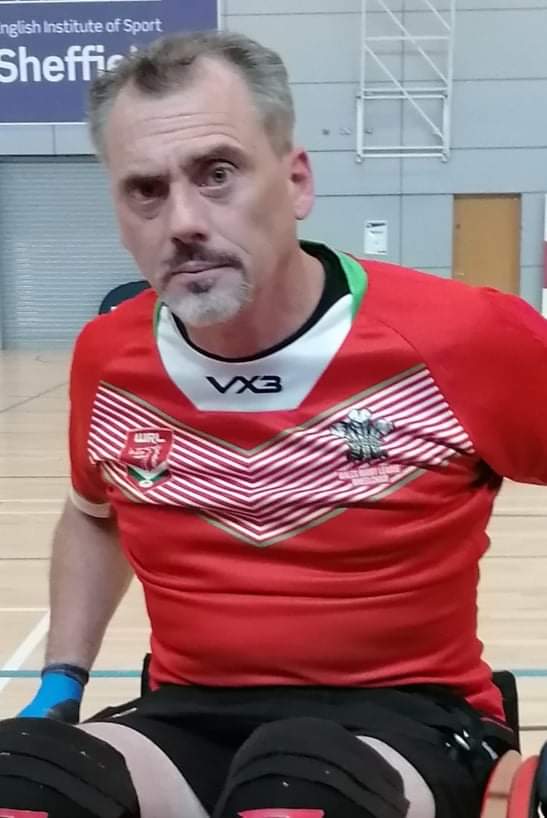 Richard qualifies for Wales through heritage as his Grandmother was born in Llantwit Major. Richard is one of the teams able-bodied players although he is partially deaf due to medical reasons. Richard was introduced to Wheelchair Rugby League by fellow Welsh international and Gravesend Dynamite WhRL player/ coach, Jason Owen, after one of Richards sons was coached by Jason in rugby union. Since joining Gravesend Dynamite Wheelchair Rugby League five years ago, Richard has gone on to be a featured player in their rise to success, and a member of their squad and has featured in a number of minor tournament winning sides throughout the years. Due to personal reasons was not picked as a member of the 2019 Plate Trophy squad that defeated Hull FC in the final. Richard has recently moved to the Argonauts who are based out of Dartford and will compete in the Wheelchair RL Super League and Championship in the 2021 season.