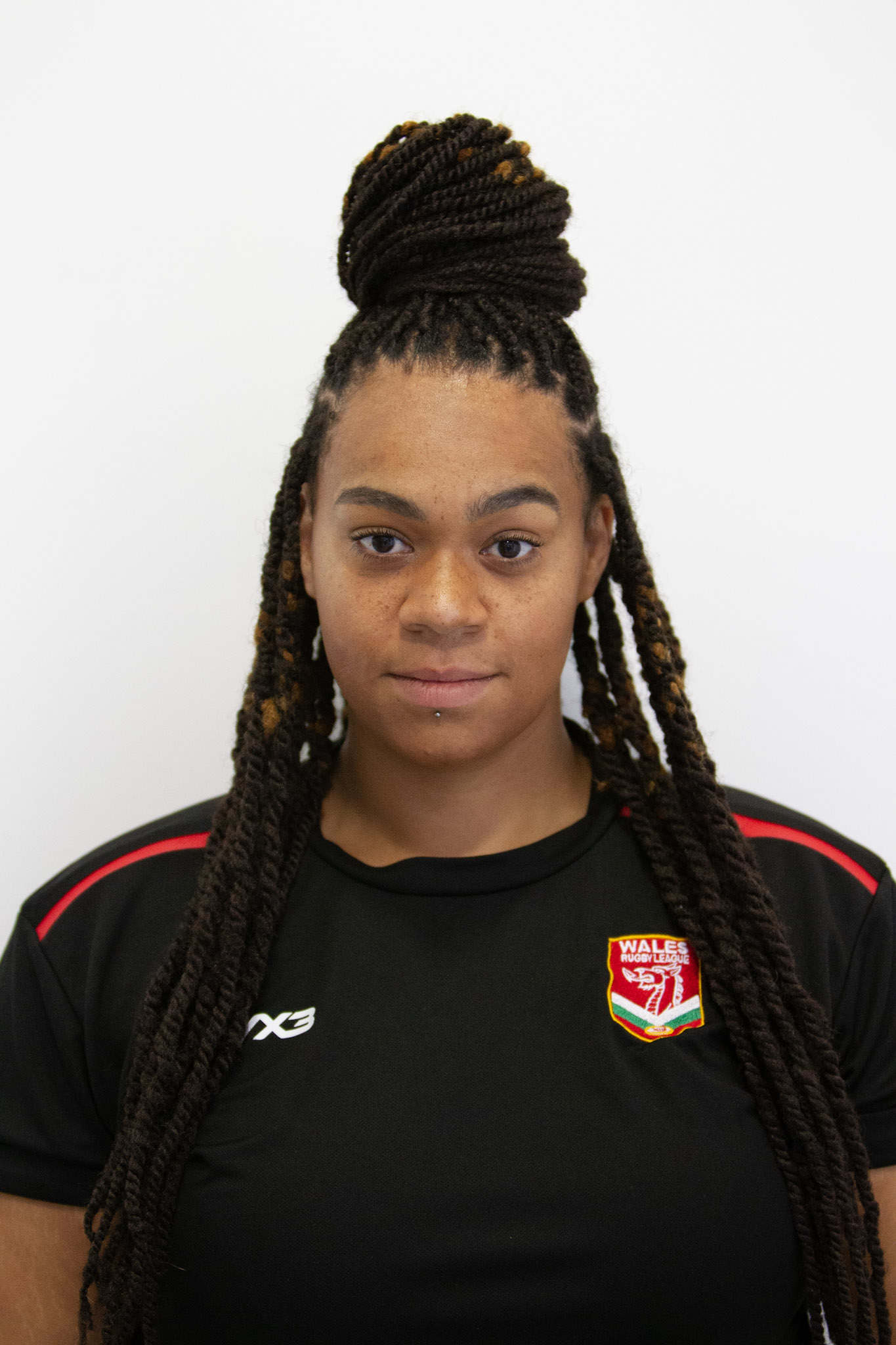 Danyelle Dinapoli started playing rugby union and Cardiff Metropolitan University where she did her bachelors degree. She continued during my Masters as Swansea University, then played for Pontyclun falcons until the Covid Pandemic. She made her rugby league debut for Cardiff Blue Dragons in the first ever open-age women's rugby league game in Wales, played for East Wales v West Wales and was selected for Wales. However she was named in both the WRU and WRL international squads at the same time and she was more experienced in union, chose to stay with them. She was a travelling reserve in Spain but didn't win a cap. She currently plays rugby union for Cheltenham Tigers and rugby league for both Cardiff Blue Dragons and new women's Super League side Cardiff Demons. She currently works for Social Care Wales who are very supportive of her sporting endeavours. She's also a black belt in Tae Kwon Do and competed in shotput in her school years.