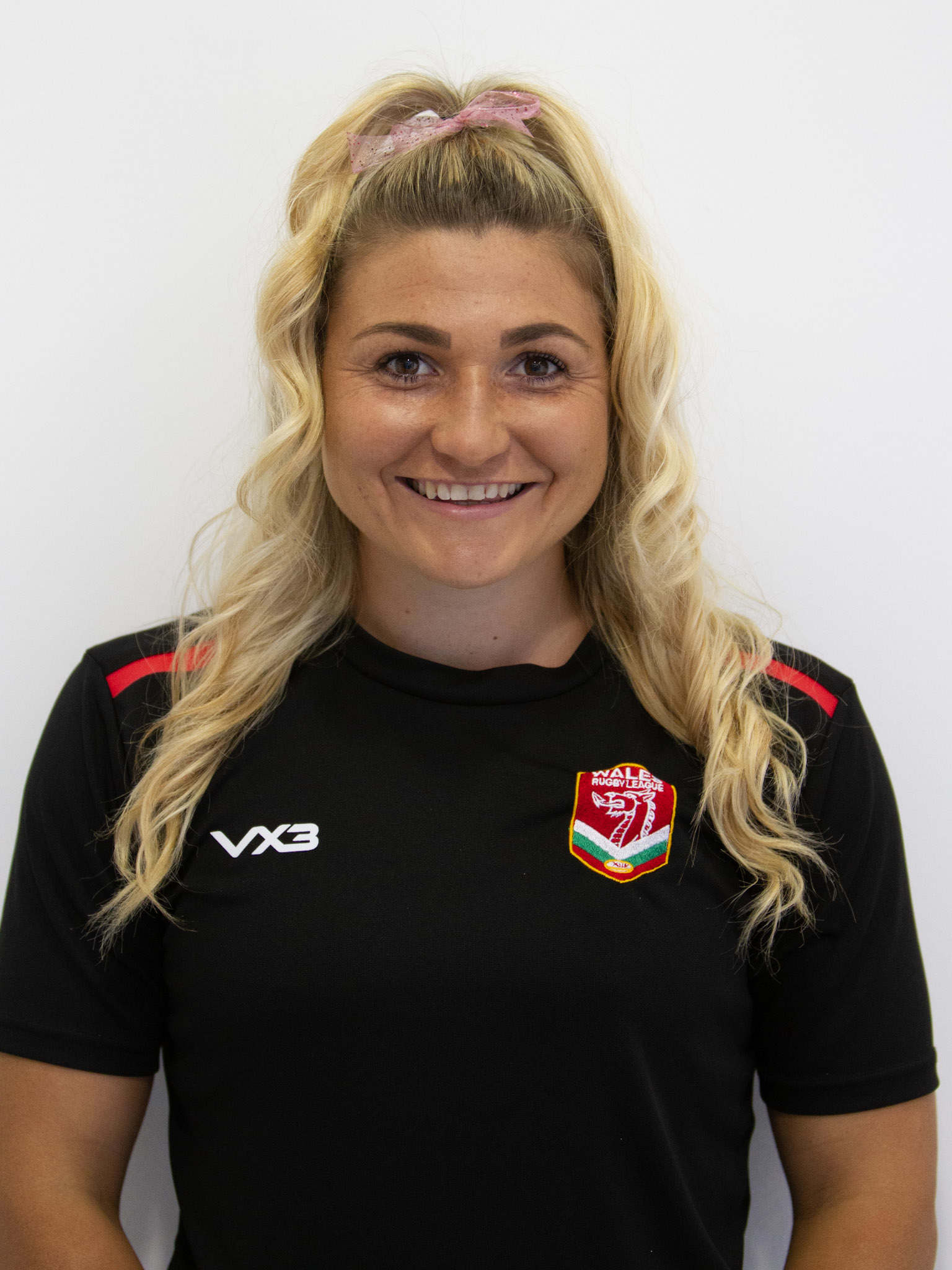 Lowri Norkett was originally a netball player and represented Wales U21. She only started playing rugby after the tragic loss of her younger sister Elli in 2017, who was a Wales rugby union international. So she followed in her sister's footsteps and started playing rugby union for Swansea, going on to play for Crawshays in their first and so far only women's match, which was against the full Wales RU national side. Attending Wales RL trials in 2021, she immediately took to the sport, joining Rhondda Outlaws and the Cardiff Demons Super League side, and was selected for Wales RL v England in June of that year. She wears a ribbon in her hair in memory of her sister.