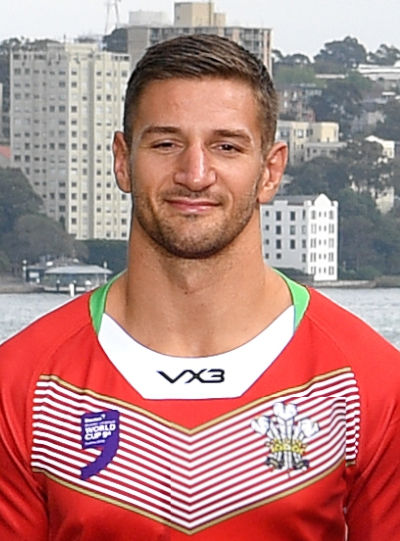 Gavin Bennion qualifies for Wales through the heritage rule. He originally played for community clubs Latchford Albion and Rylands Sharks before being spotted by Warrington Wolves and joining their Super League academy. Following a stint in Australia, he then moved to Halifax in 2016, before enjoying a successful year with Rochdale Hornets in 2017 which prompted Salford to take him back to Super League. Played for Wales in the World Cup 9s in 2019.