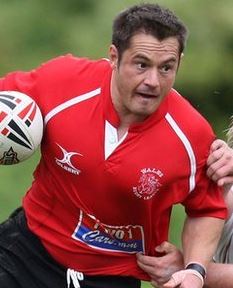 After outstanding performances for both Aberavon and Bridgend in both codes, Paul Morgan was selected for Wales Dragonhearts in 2004 and then the full Wales side in 2005 (winning two caps). He then starred for the first ever Celtic Crusaders squad in 2006 making 30 appearances on the wing scoring 16 tries. Despite this, he wasn't retained for 2007 so he returned to Bridgend Blue Bulls and won two more Dragonhearts caps that year. After retiring in 2009, he turned to coaching and business, and in 2013 he helped to organise the main shirt sponsorship of South Wales Scorpions RLFC. He sadly died on January 12th 2015 following a short illness.