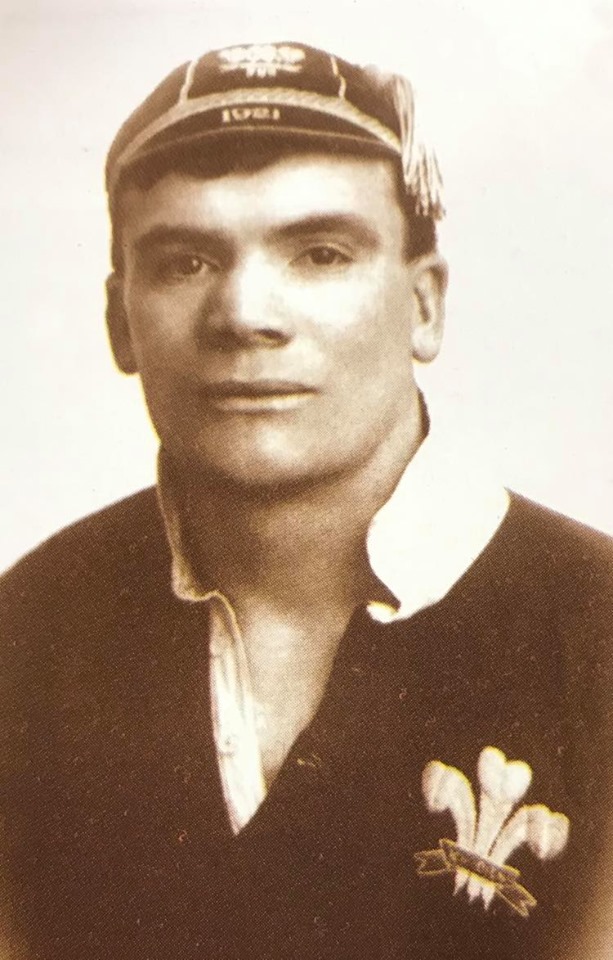 Ambrose Baker became a dual code international following his move from Neath to Oldham in 1924. He made his international rugby union debut in 1921 against Ireland and had performed well enough to be selected for a combined England / Wales team in a celebration match at Rugby School to celebrate the centenary of the fictional incident where William Webb Ellis was alleged to have picked up the ball to invent rugby. This tale was a fabrication but it's one celebrated by rugby union nonetheless. Ambrose was the only player in the England / Wales side to eventually play rugby league and, wearing a white shirt which had both a red rose and three feathers on the breast, he scored a try in the 21-16 victory over a combined Scotland / Ireland side. He continued with Neath, although played two games for Leicester in 1923, winning four more WRU caps before turning professional. His first taste of international rugby league was with Other Nationalities in 1924, before playing for Wales a year later. A runner up in the 1924 Challenge Cup Final, he didn't join fellow Welsh international Joe Corsi in their Cup winning side a year later, also missing out on the 1927 victory. He retired in 1931, remaining in Oldham and dying in the town on 24 November 1976, aged 79.