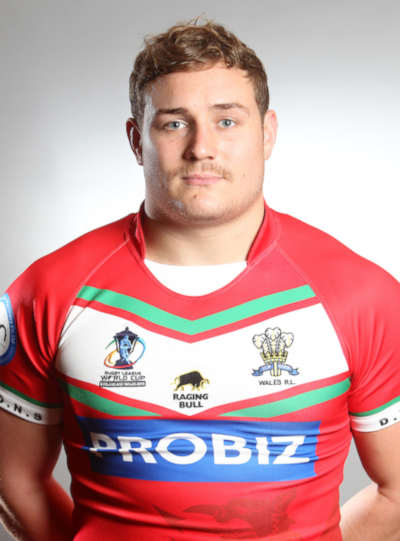 Gil Dudson started his rugby league as junior at Newport Titans, playing for East Wales U15. Wales U16, Wales U19 and Wales Dragonhearts, the latter whilst playing senior rugby league for Torfaen Tigers, going completely through the WRL development pathway. A member of the Wales U19 side who won the 2008 European Championship, he was picked up by Celtic Crusaders and played for their "Colts" side, where he helped them to the Conference National title in 2018, before making his Super League debut for them aged 19. This after making his Wales senior men's debut as an 18-year old. Playing in the first ever South Wales Scorpions game in 2010, he made 23 appearances for them before becoming a Super League regular at Wigan. There he was a member of their 2013 double winning side, starring in both the Super League Grand Final and Challenge Cup Final that year. A member of the Wales side who won the European Championship in both 2009 and 2010, he also played in the 2013 World Cup. He made 49 appearances for Wigan, scoring twice, before spending three years at Widnes Vikings, scoring two tries in 89 games. A move to Salford Red Devils following, where he spent the 2019 and 2020 seasons, playing in the 2019 Super League Grand Final. He moved to Catalans Dragons for the 2021 season.