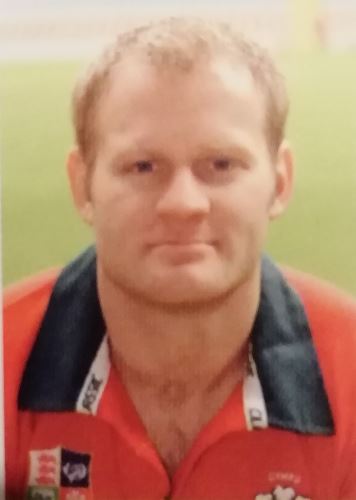 Wales' 41st captain, he led us in his final three caps in 2003. A dedicated Welsh international, he played in two World Cups, was part of our 1995 European Championship winning side and World Cup squad, plus helped us to a Trophy win in the 1996 Super League World Nines. Qualifying for Wales through parentage, Paul Atcheson started off at St Helens community side Blackbrook, but after that spent all bar two years of his playing career at the highest level, making over 300 first class appearances, 153 of them in Super League. A Championship winner with Wigan in 1993-94, he played in their 1994 World Club Challenge win over Brisbane Broncos later that year, as well as playing in their Regal Trophy Final win in 1995. When at St Helens, he was a Super League Grand Final winner in 1999. He won three caps for Great Britain, all in 1997 against Australia after previously winning caps for GB Academy and their U21 side. He became an HGV Driver after retiring from rugby league.