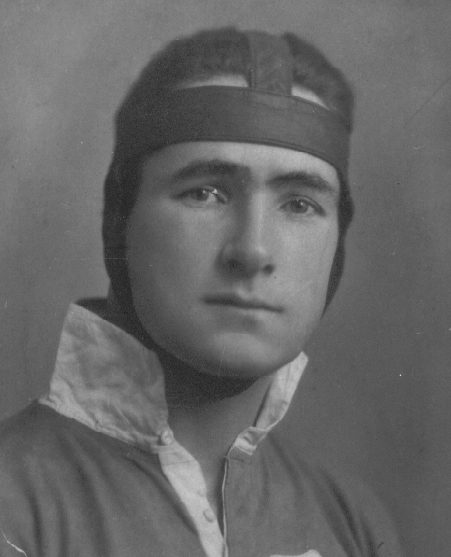 Emlyn Watkins followed his Blaina team-mate Jack Gore up north, one year after him, in 1926. Emlyn won three caps for Wales in the union code, despite playing for an unfashionable club, as during this period the Welsh selectors would often choose tough manual workers to represent the forward positions. He won four caps in rugby league, making him a dual code international, and also played for Monmouthshire in their 14-18 defeat by Glamorgan in the non-County Championship match in 1927 at Taff Vale Park, Pontypridd. He spent the 1926-27 season with Leeds before transferring to Oldham, playing his final game for them as a guest during World War 2, when he was nearly 40 years old. Remaining in the Oldham area, his daughter Valerie eventually married another Oldham rugby league great Sid Little OBE. A collier by trade, he died in Walsall on 15 May 1978, aged 73.