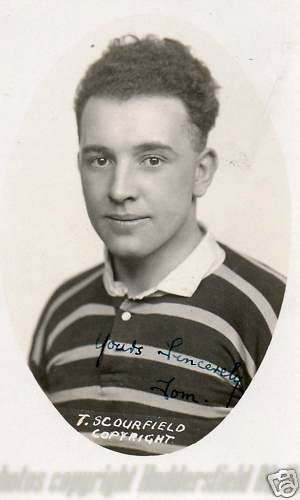 Tommy Scourfield pulled on the Welsh shirt just twice, once in each rugby code, but that was enough to make him a dual-code international. Born in Pontypridd before moving to Ynysybwl, he played for his local club before moving to England. He was playing for Torquay when he won his Welsh union cap, a feisty affair in France that had fights on the field and in the crowd. He also represented Devon County. In 1932, he turned professional with Huddersfield and in 1933 he won a Challenge Cup Final winners medal when they beat Warrington 21-17 at Wembley. He became a groundsman after retiring and eventually moved to Canada. He died on 14 February 1976 in Saskatoon, Saskatchewan, Canada, aged 66.