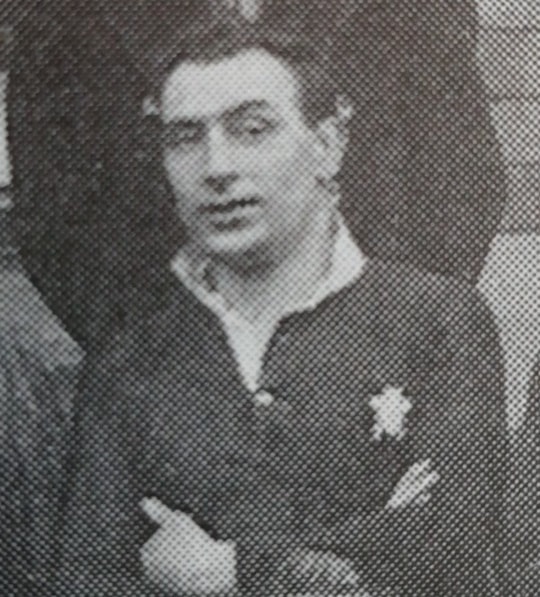 Wilf Hodder won three Wales caps in the rugby union code and then six in rugby league. He also played for Other Nationalities against England in 1926. He joined Wigan from Pontypool in 1921 and became one of their greatest servants, scoring 35 tries in 273 appearances and then becoming a director of the club. Originally a miner from Abersychan, he played for Talywain RU before the Great War where he served in the Royal Field Artillery. He also won the League Championship with Wigan in his first season, the Lancashire Cup and League in his second season, the Lancashire League again in 1923/24, the Lancashire League and League Championship in 1924/25 and the Lancashire Cup in 1928/29. But then later in 1929, he created history being one of five Welshmen in the Wigan side when they won the Challenge Cup Final when it was played for the first time at the old Wembley Stadium. He played just 11 times more for Wigan over the next two years following that game and retired in 1931. As well as being a director of Wigan, he ran a hotel in Morecambe, dying in the seaside town on 12 November 1957, aged 61.