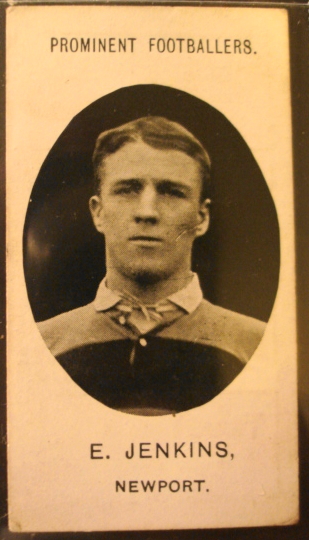 Ernie Jenkins became Wales' sixth dual code rugby international when playing for the Welsh Northern Union side against England in Coventry in 1910. When turning out for Newport RFC, he made his WRU debut for Wales against Scotland at the Cardiff Arms Park on 5 February 1910 as part of the Five Nations Championship. With two wins out of two games, he should have been part of future Welsh teams, but turned professional in September 1910, joining Rochdale Hornets and was part of their side who beat Oldham 9-5 in the 1911–12 Lancashire County Cup Final. A dock worker by trade, he returned to South Wales after his professional rugby career. He died in Newport on 18 July 1958, aged 77.