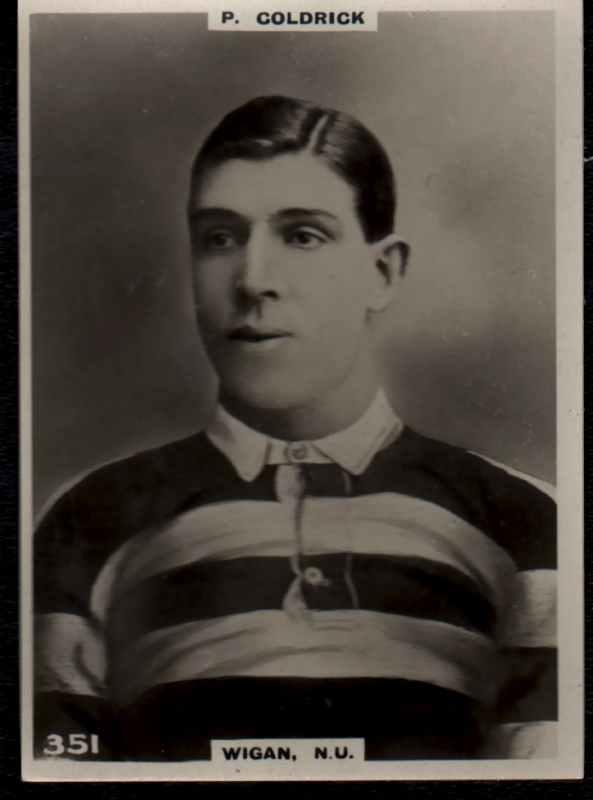 The ninth player to play in both codes for Wales, Percy Coldrick played for several rugby union teams, including a single game for Harlequins, and represented Monmouthshire at county level, before being selected by Newport in 1909. He gained his first rugby union international cap in a game against England as part of the 1911 Five Nations Championship and was part of their Grand Slam and Triple Crown winning side that year. He also played three games in the 1912 tournament, before turning professional with Wigan later that year, becoming a dual code international in 1913. In 1914, he was selected to tour with the Northern Union (Great Britain) squad on the Ashes tour of Australia and was selected for all three tests, scoring a try in the second game. In 1919 Coldrick approached the Welsh Rugby Union to have his amateur status re-instated, though his application was refused. With Wigan, he won the Championship in 1922, playing in the final against Oldham. He also won Lancashire Cup medals in 1912 and 1922. A shared benefit for; Percy Coldrick, Charlie Seeling and Frank Walford took place in April 1925. He then had a brief spell at St Helens. He remained living in Wigan and died in the town on 26 December 1953, aged 65.