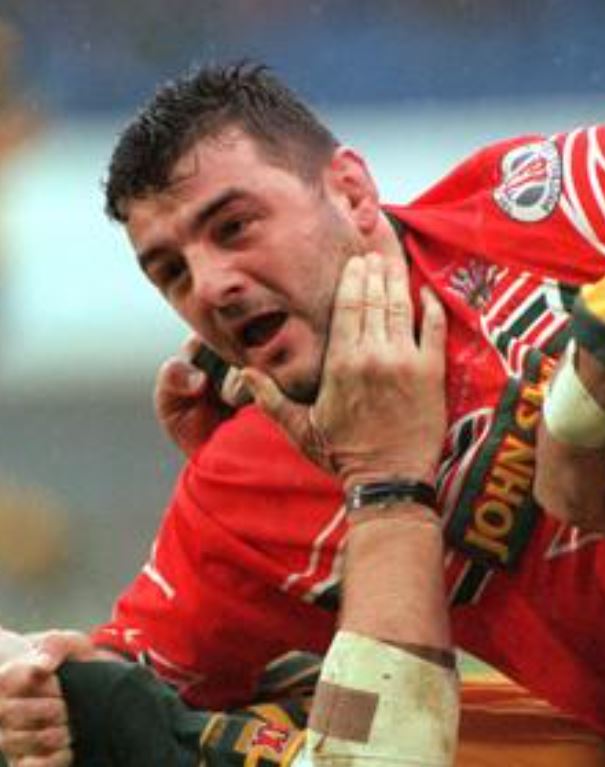 Richard Edward Webster was in the Wales squad for the 1995 Rugby League World Cup, but didn't ever take to the field. He did play for Wales six other times, scoring on his debut. He spent just three seasons in rugby league, all with Salford Reds, helping them to promotion to Super League in his final year in 1996. Starting off in rugby union with Dunvant and then Bonymaen, he was first selected for the Wales RU side whilst and Swansea, in the end winning 13 caps in that code. He was also selected for the British and Irish Lions for their tour to New Zealand, but wasn't capped, only playing in the midweek club matches. In 1996 he returned to rugby union with Bath, starting in their 1998 Heineken Cup Final win over Brive. He retired in 2000 and went into coaching, which included a head coach role at the Wales RU U20 side. He has had nine operations on his knees since retiring, but still managed to run a marathon on crutches, part of an Ironman event in 2014. Following his coaching career, he became a self-employed builder.