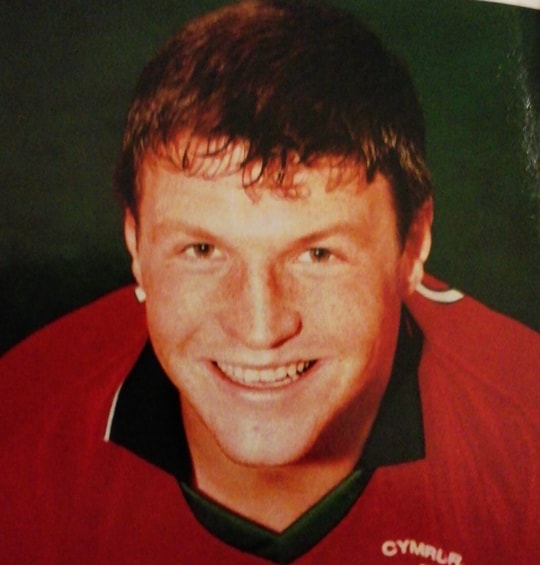 Scott Gibbs played two games for Wales in the 1995 Rugby League World Cup, after making his debut against Australia the previous year. His time in rugby league was brief, but successful, playing 48 times for St Helens between 1994 and 1996, helping them to a Super League and Challenge Cup double in his final season at the club. He became more famous on his return to rugby union. Before turning professional, he'd started off at Pencoed RFC before spending time at Bridgend, Neath and Swansea. He won the first of his 51 WRU caps in 1991 against England and was a surprise selection for the 1993 British Lions squad for their tour to New Zealand. He returned to Swansea in 1996 and used the strength and power he gained in RL to excel on the 1997 Lions Tour to South Africa where he was player of the series. He was also selected for the 2001 Lions Tour, but didn't play in any of the tests. Scott played in the last-ever Five Nations match for Wales against England at Wembley in 1999, where he scored a superb individual try to help Wales win the game. He played in the first season of regional rugby union for the Neath-Swansea Ospreys before retiring in 2004. Since then, he has coached in Oman and been a rugby pundit all around the world.