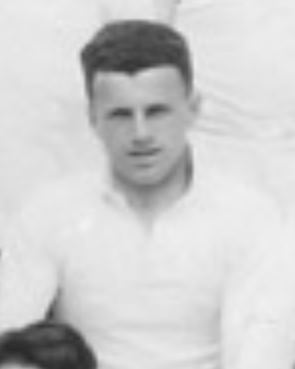 David Idwal Davies played just once for Wales in each code of rugby. Initially playing locally for Hendy, Pontarrdulais and Llanelli, he won his rugby union cap when at Swansea in 1939. Within a week of that game against England, he turned professional with Leeds and when war broke out, he served as a Sergeant in the RAF. After his spell with Leeds, he moved back to West Wales and his sons Stuart and Brian Davies also went on to play rugby union for Swansea and Llanelli with Brian also winning Welsh RU caps and becoming a commentator. Idwal died in Llanelli on 7 July 1990, aged 74.