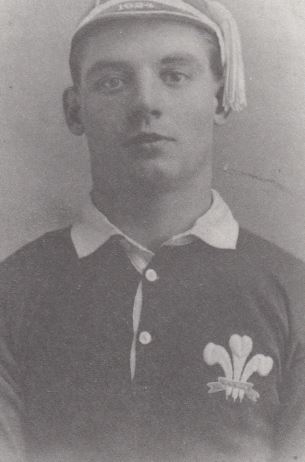 Edward Verdun Watkins won eight caps for Wales in rugby union and three in rugby league, giving him the honour of being the 50th player to have played for both of Wales' senior men's rugby sides, making him a dual code international. He started playing rugby union locally at Bedwas RFC before moving to Cardiff RFC. There, he played for Cardiff against the All Blacks and was selected for Wales as a result. On the losing side in the first game, he helped Wales to a 13-12 win in the test match. A Home Nations Championship winner with Wales in 1939, he turned professional with Wigan in March of that year. A policeman before he went to rugby league, he also turned out for Glamorgan Police RU. During the Second World War he served in the Special Investigation Branch of the Royal Air Force, and played in two Services rugby union internationals. He didn't play for Wigan in 1941 and 1942 due to the conflict, but when he returned, he won a War Emergency League Championship Final winners medal in 1944, then a Championship Final winners medal in 1946 - the latter being the equivalent of today's Super League Grand Final. A season later, he retired and moved back to Wales to become a school teacher. He died in Cardiff on 28 June 1995, aged 79.