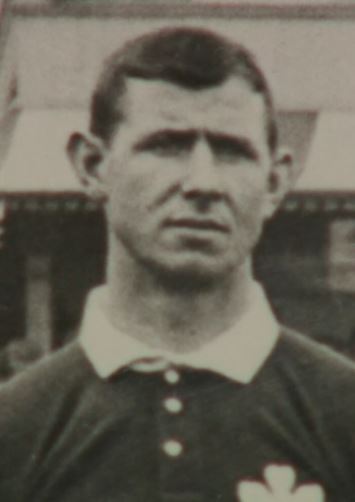 Billy O'Neill turned professional aged 30 and played just two seasons at Warrington. He won two caps for Wales, becoming the second Welsh rugby dual code international after playing 11 times for the union side. However it was only when playing international Northern Union that he was known by his proper name - when playing the amateur game, he was forced to drop the O' from his surname as it was alleged that the Welsh Rugby Union didn't want him to sound Irish. He did come from Irish stock but was born in and died in Cardiff, returning there after his spell in Warrington to continue his career as a docker. Brought up in the St Peters area of Cardiff, he played for "The Rocks" before turning out for Cardiff RFC as well as making appearances for Aberavon and winning county honours with Glamorgan. During his amateur international career, he played in all three matches of the 1905 Championship which saw Wales win the tournament and the Triple Crown for the fourth time but he missed the next Wales game, the historic 3-0 win against the first touring All Blacks. He died in Cardiff on 2 April 1955, aged 76.