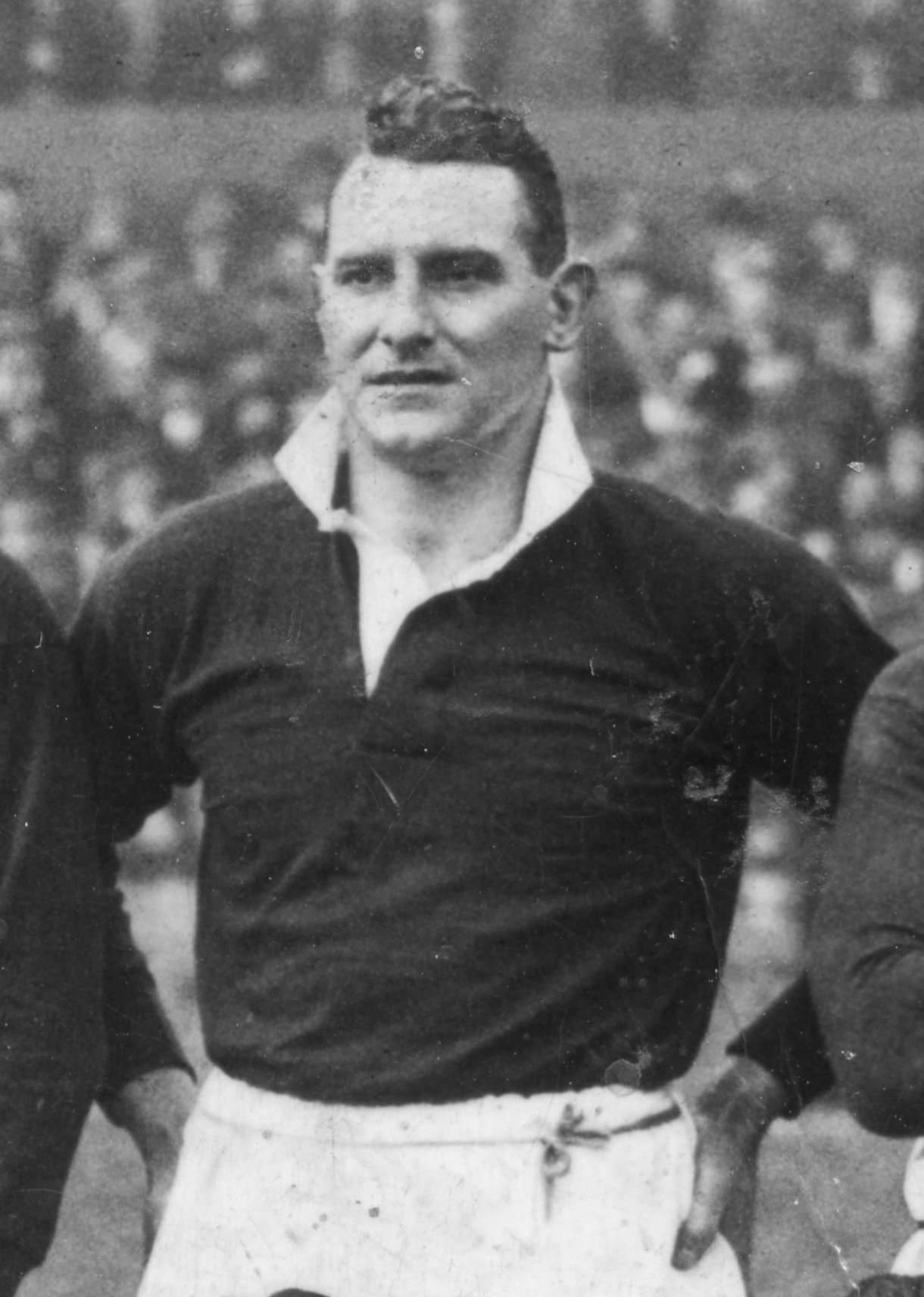 Harold James Jones, often known as "Hal" played twice for Wales in rugby union before playing three times for the Welsh international rugby league side, adding him to the long list of dual code internationals. He also toured Australia and New Zealand with Great Britain in 1936 but didn't play in any of the test matches, only in some of the tour matches. Starting off in rugby union, he played for Maesteg, then Neath and represented Crawshays on their 1928 tour, before moving to Cardiff for his work as a policeman. He turned professional with Wigan in the summer of 1929 and played there for over four years, racking up 108 appearances and scoring 23 tries. He transferred over the Pennines to Keighley and was one of eight Welshmen in the side when they played in, but lost, the 1937 Challenge Cup Final to Widnes. On retirement, he and his wife Ida were the landlord, and landlady of The Goat public house in Steeton, West Riding of Yorkshire. He died in Batley on 16 October 1955, aged just 47.