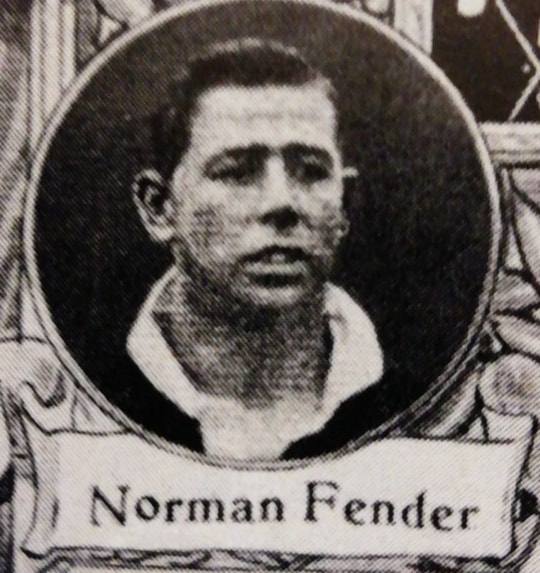 Norman Henry Fender won six caps for Wales rugby union whilst at Cardiff RFC between 1930-31. After switching codes, he played his entire rugby league career at York and won ten Welsh caps, including appearances in every game in Wales' triple European Championship winning sides of 1936, 1937 and 1938. He was also a Great Britain tourist to Australia and New Zealand in 1932, playing in 14 tour matches scoring 11-tries, but didn't play in a test match. He was a Yorkshire Cup winner with York in 1936, scoring a goal in their 9-2 victory over Wakefield Trinity. A publican in York after World War II, he died in the city on 24 October 1983, aged 73. Thirty years later, he was honoured by the club as one of the first seven players to be inducted into the York Rugby League Hall of Fame.