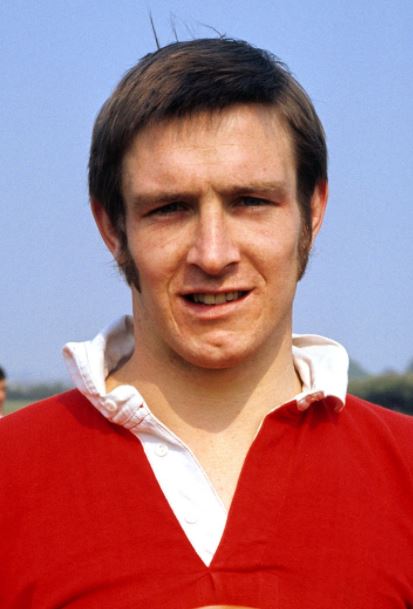 A dual code international both Wales and Great Britain, John Bevan was our 31st captain, leading us in his final four international matches. Starting in rugby union, he played for Cardiff club, and after being capped for Wales in 1971, Bevan toured Australia and New Zealand with the British Lions. He is also remembered for his role in the Barbarians' victory over New Zealand in 1973, during which he scored a try. In September 1973, Bevan switched to rugby league, and joined Warrington where he made 332 appearances scoring 201 tries. Whist with Warrington, he won Challenge Cup, League Cup and Lancashire Cup medals. His Testimonial match at Warrington took place in 1983. He won six caps for Great Britain and played another 13 tour games. After retiring, he turned to teaching and taught at many schools in the north of England before moving to Ireland in 1997 and became head coach of Munster for just the one season, before being appointed director of coaching at the Welsh Rugby Union. In 2000, he taught at Monmouth School, remaining there until retirement. His coaching of their first XV led to them going 123 games unbeaten.