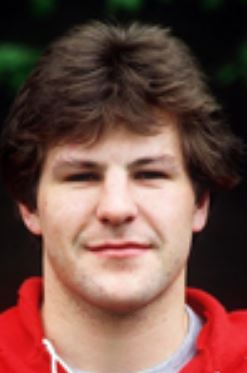 Brought up in rugby union in South Wales, he made his full Wales RU debut on 1 November 1980 against the All Blacks at Cardiff, at the age of 19. That was the first of his 22 WRU caps, and he was also a British and Irish Lions tourist to New Zealand in 1993 whilst with London Welsh, winning two full caps. He turned professional on 13 April 1986 when he signed for Whitehaven and finished his rugby league at Salford in 1993. On retirement, he moved to New Zealand, then to Australia, teaching sport in schools and also coaching local rugby union.