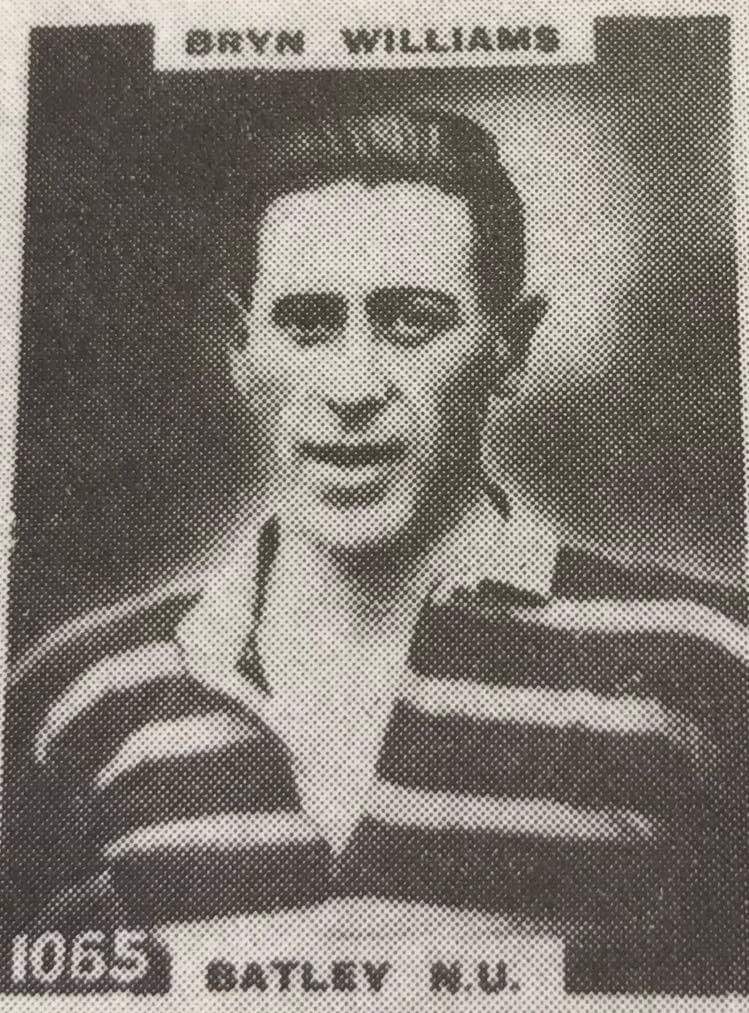 Brinley "Bryn" Williams played three times for Wales in rugby union and then twice in rugby league, becoming the nations 13th Wales dual code international. Bryn first came to note as a rugby player when he joined first-class Welsh team Llanelli. He had previously played for Bryncaerau, but when The Great War started, he joined the Royal Welsh Fusiliers and was posted to the front. During his service in the War, he was wounded on three occasions, and came to the notice of his battalion commander Lord Howard de Walden, who after the war named a racehorse, Brynfleet, after him. At the end of the war, he joined Llanelli and in 1920 he played in the last three games of the Five Nations Championship. Later that year, he turned professional with Batley for a reported signing on fee of £400. While there, he made three international appearances, two with Wales and one with Other Nationalities, all of the matches in 1921. After leaving Batley he played for Leeds, and then Pontypridd RLFC. After the latter side disbanded, he returned home to Llanelli and became a steelworker. He died in the town on 5 January 1987, aged 91.