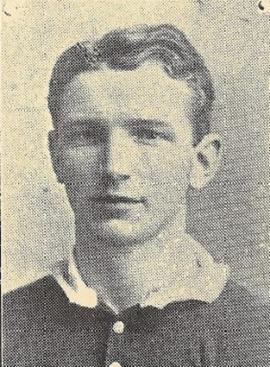 Isaac John Fowler was a dual code international playing just once for each of the Wales rugby sides. He also turned out once for Other Nationalities in rugby league. He first played rugby union for Tycroes, initially moving to Ammanford before being selected by Llanelli. After the First World War, Llanelli faced two matches against New Zealand teams, the Larkhill depot of the New Zealand Army and the New Zealand Maoris and Ike played in both matches. In 1919, He won his first and only rugby union international call-up, when he was one of 13 new caps to represent Wales against a New Zealand Army team. This was considered a full international capped match for Wales. The Welsh lost 3-6, but before the country's next international match, Ike turned professional by joining rugby league team Batley. Such was the resentment caused by turning professional, he was not only banned for life from playing rugby union at any level; a standard punishment, but he also had to wait until a 1975 'amnesty' to receive his international cap. Whilst with Batley, he won a League Championship medal and played in their 13-7 victory over Wigan in the 1923–24 Championship Final. When retiring from playing in 1926, he turned to rugby league officiating and ran the line at Wembley Stadium in the 1935 Challenge Cup Final. A coal miner and then foreman, he died on 17 June 1981, aged 86, in Batley.