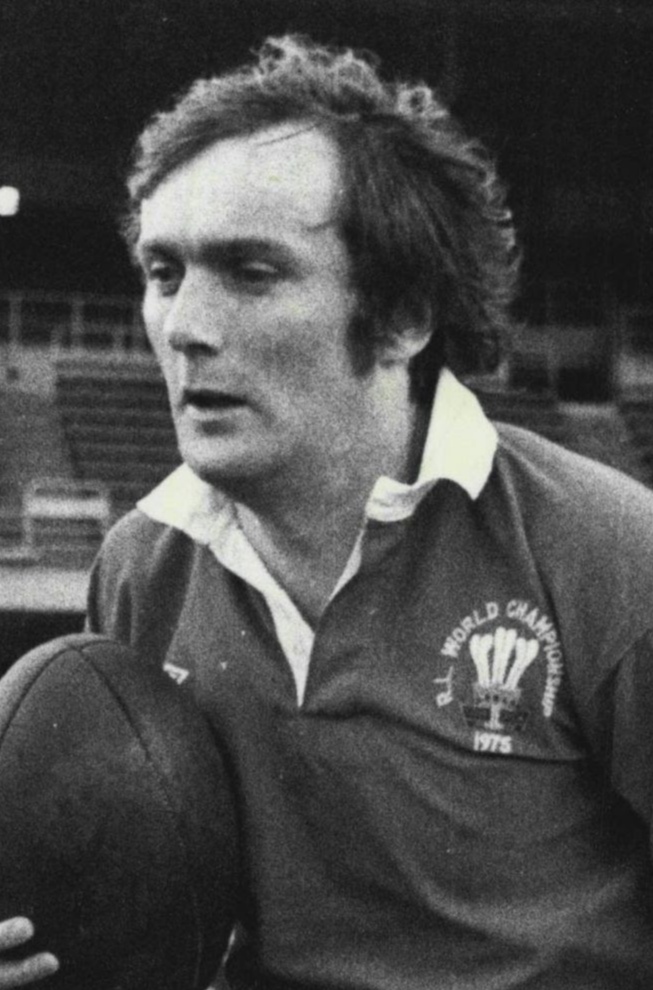 Glyn Turner, who turned out for Wales in the 1975 Rugby League World Championship, also played twice for Wales RU in the 15-man code whilst with Ebbw Vale, both against Argentina in 1968. Famously, Glyn had to wait 45 years before receiving his rugby union cap as at the time, the WRU didn’t recognise these games as full internationals. But in 2013, after lengthy discussions, it was decided to recognise these players and he received his cap. History repeated itself in RL three years later when Glyn finally received his physical WRL cap. He made 350 appearances and scored 147 tries for Ebbw and then turned professional with Hull Kingston Rovers in 1974. After 50 appearances there, he became one of those rare players to turn out of both Hull clubs, moving to Hull FC in 1978 and playing 36 times there. After retiring from RL, Glyn returned to South Wales and became a prison officer. Still a big sports fan, he was a regular at Cardiff City FC in the late 2010s.