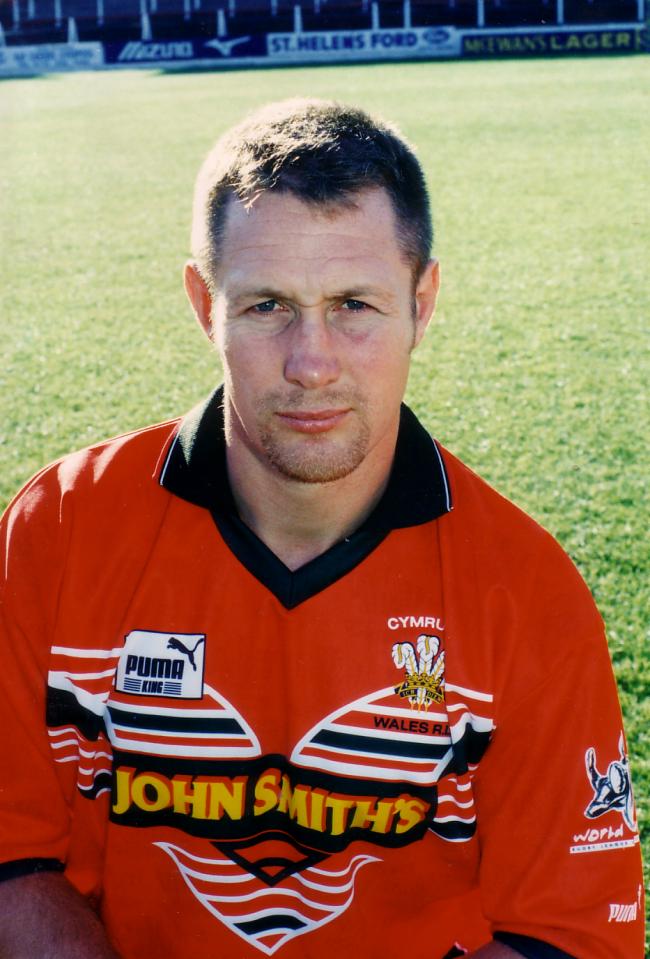 Mark Alun Jones played for Wales in the 1995 Rugby League World Cup after making his debut in the WRL comeback match against Papua New Guinea in 1991. He also played for Wales in the 1996 World 9s in Fiji. His 11 WRL caps and one for Great Britain made him a dual code international. He had previously made 15 appearances for the Welsh rugby union team while with Neath before turning to the 13-a-side code with Hull in 1990. Before Neath, where he was well-known for being one of the hard-men enforcers of the team, he played for both of his local rugby union sides in Tredegar. After five years with Hull, he joined Warrington for their last season of winter rugby and first season of Super League, scoring two tries in 38 appearances, before being sold to rugby union club Ebbw Vale for a nominal fee in September 1996. Following five years with Ebbw, he was with Pontypool for two years before briefly rejoining Neath. From there he transferred to Aberavon, playing for the union side in the winter and also turning out for newly formed Aberavon Fighting Irish in the summer, despite now approaching 40 years old. He retired in 2005 and coached at Aberavon and Dunvant before moving to the Middle East working as a lab technician at the Abu Dhabi International School.