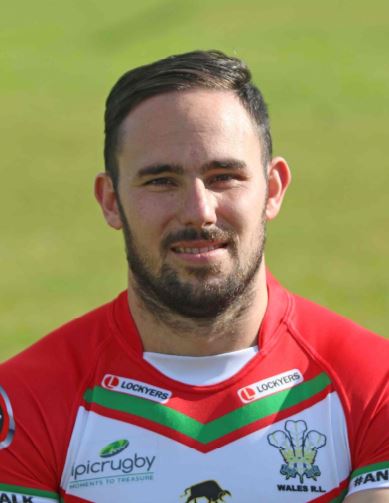 Ian Newbury played for Wales at both Dragonhearts and full men's international level. He won three caps for the Dragonhearts in 2013 when playing for Valley Cougars. He started his rugby league career with Cardiff Demons, also playing for South Wales Hornets and Torfaen Tigers. He represented Wales men in 2016 in a drawn match against Jamaica, where he had a notable game until suffering a serious broken leg late in the match. This while playing professionally for South Wales Scorpions, turning out for them 44 times and scoring an impressive 19 tries. In the 15-man game, he played for first class for a few clubs, including Cross Keys, Glamorgan Wanderers and Italian side Palermo Rugby ASD. Turning to coaching after retirement with Torfaen Tigers, he went on to become head coach of the Dragonhearts for their 2019 campaign. He was appointed assistant coach of the Wales Women's side in 2021 and also head coach of Cardiff Demons who he led to the inaugural Women's Super League South title.